Home›Issue 4›Letter from the Editor

Letter from the Editor

This past year we have lost two respected and well-loved elder writers, Maurice Kenny, who passed in spring 2016, and Doris Seale, who died early this spring. Many of us have been touched by their generosity, their examples, their poetry, and their commitment to Native American literature and communities. We honor them both in this issue.

Maurice Kenny : In Memoriam contains a biography of Kenny, and a few of his earlier poems, and poems from Monahsetah: Resistance and Other Markings on Turtle’s Back, edited by Chad Sweeney, just out from Mongrel Empire Press.

In Remembering Maurice Kenny, Joseph Bruchac, respected Abenaki poet and writer, and long-time friend of Kenny, shares his memories in "Where the Strawberries are Always Ripe." Alice Azure, Robert Bensen, Geary Hobson, and Beatrice Machet, who has translated Kenny's work and that of many Native writers into French, join him in sharing their remembrances.  In Maurice Kenny: A Tribute in Poetry, we are honored to publish two poems written by the esteemed poet Wendy Rose, from the book What the Mohawk Made the Hopi Say, written in collaboration with Maurice Kenny; as well as poems dedicated to him by friends and students Derek C. Maus, Suzanne Rancourt, and Alan Steinberg.

I first met Maurice in the 1980’s when he read at the Worcester Art Museum. I’d had the chance to read some of his work as well as an interview and autobiographical essay, and I was impressed--star-struck, actually when I think back. But nothing prepared me for the power of his reading. Years later, I met him again at the first Returning the Gift Festival in Norman, Oklahoma in 1992--an extraordinary gathering of 500 Native writers. My first book had just come out. When I spoke with Maurice, I told him I didn’t know what to write about next, I felt empty of words. Maurice gave the best advice I’ve ever gotten in regards to writing (and so much else.) “Listen!” he said. Pay attention, his words told me. Stop thinking about what you should do. Listen! The world is speaking!

The word “poetry” is not one that Kenny applied to his own writing--at least not in those first years that I knew him. “Poetry” was that verse form we learned at school, mostly old, mostly in archaic language. Kenny referred to himself as a hunter of words, and to his writing as songs. So it is not surprising that his advice to a young writer was to listen.

I have been a hunter of words and my game has been abundant. I have hunted not only words and images, metaphors, but, to my mother’s relish, also song. I have heard the cedar sing, I have listened to the white pine, I have imitated white-tail deer and hawk and cocked an ear even to the more plain song of the robin, a running brook, chicory weaving on summer winds. I have sung the round dance of the Longhouse - feet stomping the wooden floor, drum beating, singers’ throats throbbing. I have sung the adowe, I have wailed at death, I have chortled at weddings, I have attempted to lyric all the sounds of the earth not only of two-legged but of the four-legged, the winged, and those of the waters. In good mind I have laid open my complete self to all those sounds, those musical notes of birth and death and all that happens in between, whether it be the sighting of woodchucks sunning on the edges of the Mohawk River, the bend of a mullein, the trot of wolf across cold winter hills, the four winds and directions themselves, the fruit hanging on my sister’s sour cherry tree, my niece Martha’s apple orchard… . I have sung the Adirondacks…the death of its rivers and blue lakes from acid rain. How odd when creative rain kills what it first helped create. . . . I have sung the mountains with their rising peaks, packs of coy-dogs, bear, the mountains’ history and future. Yes, I have been a hunter of song.*

In his famous poem “They Tell Me I Am Lost” (a poem I have often taught alongside Ginsburg’s “Howl” and Whitman’s “Song of Myself”), Kenny refers to this hunting--“I am the string, the bow and the arrow.”

As a gay poet, writing since the mid-twentieth century, Maurice has also been an example and role model for LGBTQ and Two-Spirit people, helping in the reclaiming of indigenous ideas about gender and sexuality, and working to throw off the colonialist homophobia that still has such a negative impact on young Native people.

At that same Returning the Gift Festival in 1992, I met Doris Seale. Well, not exactly at the festival--we met at the airport the day we were leaving for home, and realized we’d be taking the same plane back to Boston. We had our first of many long conversations on the flight home, the beginning of a long friendship. I remember walking off the plane into the air thick as chowder, and her commenting that those people from Oklahoma don’t know what real humidity is.

Doris gave me another kind of advice: “people will know who you are by the tracks you leave behind.” Doris was an activist--in her poetry, in her life--putting her body on the line, and as a librarian. She became a warrior for children’s literature, insisting that the images and stories of Native people are accurate and non-stereotypical. She was a champion of Native authors of children’s books, and together with Beverly Slapin wrote two books critiquing children’s books about “Indians” and devising criteria by which teachers and librarians could assess those books in their own libraries and classrooms. In 2006, she won the American Book Award and the Skipping Stone Award for one of those books, A Broken Flute, a massive contribution to the field of children’s literature.

For Doris Seale: In Memoriam, Abenaki basketmaker and historian Judy Dow has generously given permission to publish a letter describing her friendship with Doris in the last years of her life, including new poetry that Doris wrote and shared with her.

Suzanne Rancourt is our featured poet for Issue #4. We’re happy to be able to publish poems from her upcoming book, Murmurs at the Gate, as well as a piece of creative non-fiction.

We’re pleased to publish a chapter from Barbara Robidoux’s novella, The Legacy of Lucy Little Bear, just released by Blue Hand Books. Also in the realm of fiction, Asata Radcliffe’s first chapter of The Harlan Chronicles, a novel-in-progress, is part of the growing genre of Native/Indigenous Science Fiction.

We are delighted to have a poem by Stephanie Francis written in Passamaquoddy and translated into English, with two of her photographs. Linda Boyden’s poems speak eloquently to us of love, of anger and resistance. We have also included a link to her animated children’s book, Giveaways; check it out on YouTube.

Joseph Lee’s “The Pageant” is a strong personal remembrance and consideration of tribal traditions. And finally, who doesn’t like food? Rachel Sayet’s article takes us through the history and modern indigenous cuisine of New England, including some recipes you might want to try.

Thank you to all the contributors for making this a wonderful issue. Looking forward to the next round of submissions, please send us something. We can’t accept it if you don’t send it. Wlwni.

* Kenny, Maurice. “Waiting at the Edge: Words for a Life.” In I Tell You Now: Autobiographical Essays by Native American Writers. Ed. Brian Swann and Arnold Krupat. Lincoln: University of Nebraska Press, 1987. 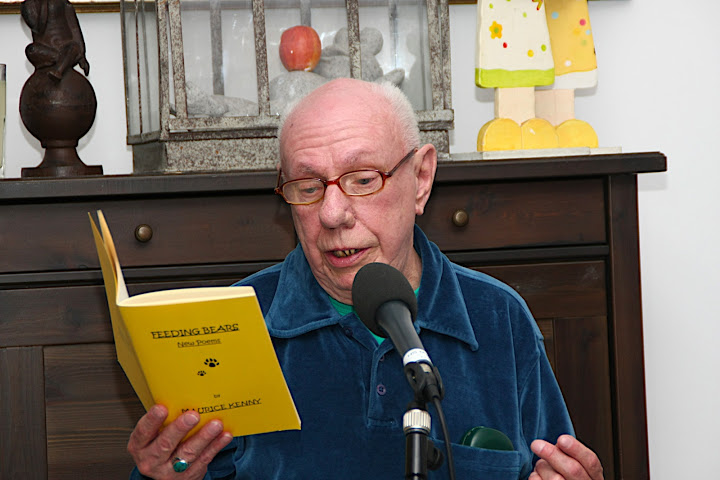