(click directly on a balloon to see details, or click the frame in the upper right-hand corner to see the larger map)

The Maine Indian Newsletter compiled Indian news from the late 1960s into the early 1970s. Dawnland Voices 2.0 currently shares access to thirty-four of these issues. Eugenia Thompson, remembered in the Penobscot Nation as Ssipsis Ganesahoway, tapped into her passions for reading and reporting Native news to create the ample newsletter. Throughout the 34 issues in question, Ssipsis referred to outside sources almost 500 times. Out of those 500 references, 108 were magazines. Many of those publications were referenced multiple times; the grand total that includes doubling is 356. All of these sources were published throughout 63 different locations throughout the US and Canada.

It took me about 50 hours to log all 500 references, map the periodicals, and do the math. While I was busy logging, every person that asked about the project had a hard time understanding what the point was. All they saw was my ever expanding excel sheet and the title of the document: Maine Indian News. I explained it to them, and mostly they nodded, said “cool,” and changed the subject. Now that I’m done, I hope what I’ve created tells the story all its own. In case it doesn’t, I’ll try using words one last time.

Before I discovered Worldcat, I just googled every new periodical I found. I was alarmed how many times Google didn’t seem to know what the hell I was looking for. I’m 20 years old. I’ve been relying on google for school projects and on the fly fact checking since I got my first laptop for my 10th birthday. Google had never once failed me. When was so-and-so born? What time does the sun set? What is such and such a philosophical theory, and who coined it? To me, google was a fail proof machine, a reliable math-like function, a conveyer belt of readily available facts. Put something in, get what you want out–every time.

Two main questions occurred to me as I came to the conclusion that google was not the superhero I thought it was.

Secondly, why am I expecting it to be?

Our parents and grandparents like to make us feel guilty about how easy we have it. Back in their day, if you wanted to do a research paper, you had to go to the library and scale the shelves for the proper assortment of biographies and encyclopedias. We’ve gotten so used to the polar opposite of that seemingly ancient research routine that we’ve forgotten that there’s a middle ground. Yes, Google is a revolutionary tool, and it’s often quick and useful, but it’s not the holy grail of knowledge. You have to dig deeper if you want the good stuff, the stuff you can prove is real and true. You need databases, you need Webcat, you need time and skimming skills. Stick to google if you need a recipe for gluten free pizza crust. Be prepared to dig deeper if you need to know where Newsweek was published in 1968 (and don’t get too wigged out by microfilm–the librarians know how to use it).

There were times, however, when it felt like I was digging down to China and still not coming up with the information I was looking for. Sometimes I prevailed, and some things are still a mystery. The numbers and the map I’ve come up with are made with the information that I have available. There are a handful of sources that fell through the cracks of the internet, and because of that they didn’t make it onto the map. Why are there holes in my data, even though it’s 2017?

Either the publication information I’m looking for hasn’t been digitized, or it’s been lost completely. Are people looking for it? Maybe. I hope. If they are, why haven’t they found it yet? Why aren’t more people helping them look?

In the 1970s and 80s, various New England states were still sterilizing Native Americans, having labeled them as feeble-minded, dangerous, savages that needed to be cut off from their right to be fruitful and multiply–a right that was only ever for white Christians in the first place. It hasn’t even been half a century. In the grand scheme of things, Native Americans only just escaped from widespread, explicit oppression.

I only learned my junior year of college that Native Americans, their cultures and their tribes and their traditions, are not just a thing of the past. They’re here. They’re now. They matter. Maybe one day we won’t have to dig so hard to find their truth, and a quick google search or two will tell us what many of our public school teachers tend to leave out. Until then, I will do all the digging it takes.

So, why on earth did I spend all that time writing down all the different periodicals that one Native American newspaper referenced in the 70s? Why did I care so much about where they were published? Why was all of it so interesting to me?

Lin Manuel Miranda credits Alexander Hamilton with writing like he was running out of time.

Ssipsis read like she was running out of time. I only wish I had the talent to write a musical about her.

I hope this map will suffice. 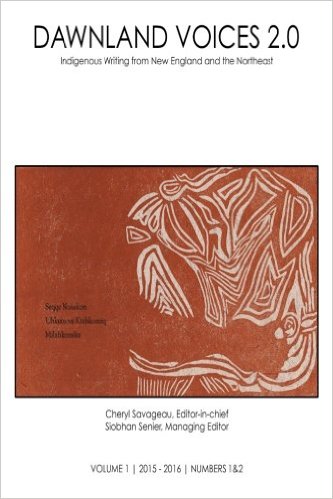 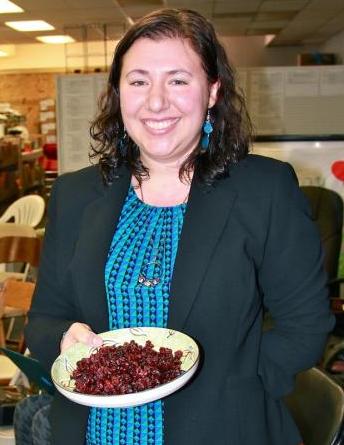