The Aroostook Indian was a mimeographed newsletter published between 1969 and 1976 at Ricker College in Houlton, Maine. It was created by the Association of Aroostook Indians (AAI) to communicate with Indians living both on and off-reservation in the northern part of the state. The newsletter allowed for widespread announcements among the Indians of Aroostook County, many of whom were living in extreme poverty and isolation. Community members, often from as far away as Boston, contributed short stories, announcements, recipes, poems, and letters.  The newsletter was therefore intensely community-based--a call, in print, for Native people to band together in pride and love.

The newsletter was edited by AAI board members, who mobilized while the Maliseet and Micmac Tribes were seeking federal recognition. However, while the Maliseets received recognition in 1980 under the Maine Indian Claims Settlement Act, the Micmacs did not win their case until 1991, with the passage of the Aroostook Band of Micmacs Settlement Act.  Partly a result of this difference, the once united Maliseet and Micmac tribes have become divided in some ways (Kerber).

The writers of The Aroostook Indian showed their appreciation for their culture and their desire to grow and continue their tribal traditions. They announced meetings and events like birthdays.  They also brought up serious, contemporary topics like racism, welfare and unemployment. Calls for education and new schools surface repeatedly in this newsletter; the writers express concern that their Native languages and cultural history are being lost even to tribal members.  At the same time, many of these articles reflect some of the great hope that Maliseet and Micmac people had for federal recognition. Through this newsletter, the writers showed their unity by acknowledging their fellow Aroostook Indians.

In developing this digital collection, we consulted with members of editor Tom Battiste's (Mi'kmaq) family, including his sister Marie Battiste and widow Susan Battiste. In the exhibit's first iteration (begun June 2016), the digital files were provided courtesy of Special Collections, Raymond H. Fogler Library, University of Maine, Orono, Maine.  If you have copies of missing issues you would like to contribute, please contact us. 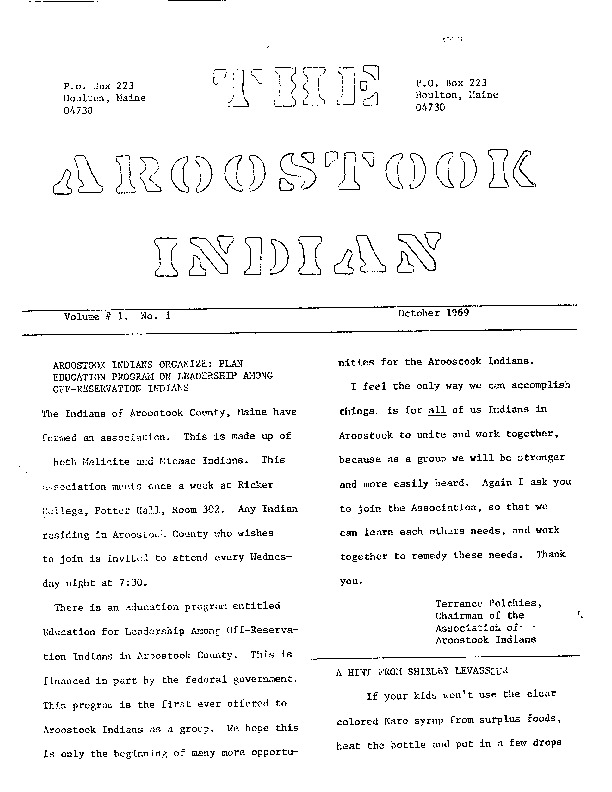 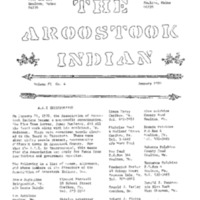 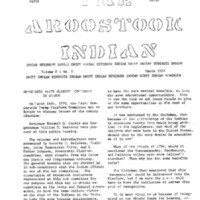 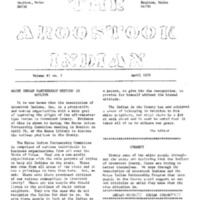 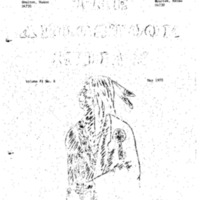 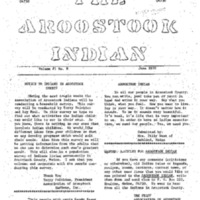 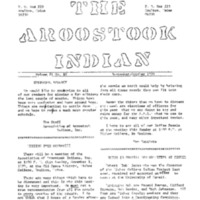 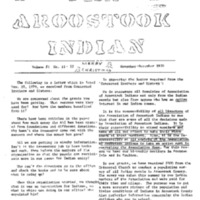 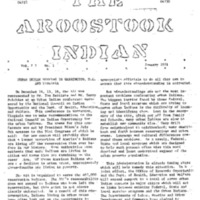 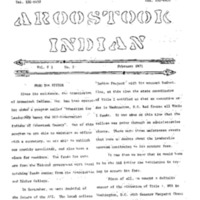 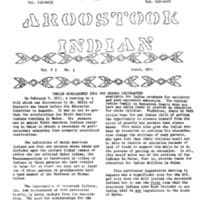 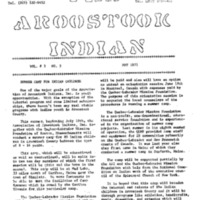 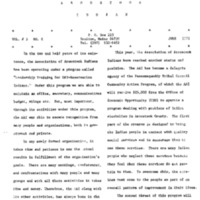 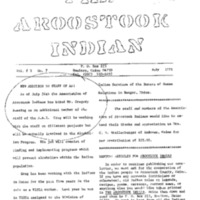 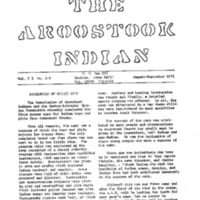 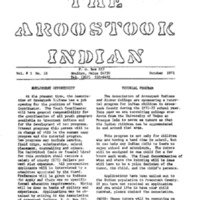 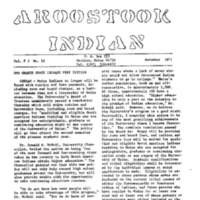 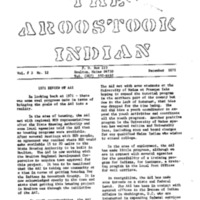