Flashfloods and wildfires
tensions brewing beneath the surface
erupting and overflowing
I don’t want to lay awake
thinking of the dangers of flashfloods
of wildfires
tendered from fox fire deep
in hills hit by lightning
where plaster dinosaurs
overlook a city short on humor
long on judgment
bronze statues of white men standing witness
to trigger itchy cops
when the target is brown with black hair
I don’t want to imagine
rocket fuel found in breast milk
how it may jettison a future
of children with Alzheimer’s and ADD
running a nation
when I left Oakland the hills were burning
I came to Rapid in April snows
only to find these hills burning in May
I thought the fires had followed me
I've come to think of this land, this place
as a place of extremes
where wildfires and sun dances
burn into a landscape
scorching dancers on sage
rocks cracking, popping in prayer
to creeks overflowing
claiming one more homeless Indian
victim to a careless intoxicating stupor
or like in the 90's - a slew of murders
Indian men
floating down Rapid Creek
being rolled
by gangs
white boys
looking for easy prey
when I went with my mother to the Abenaki tribal center
it was late November, the snows were grayed
by car exhaust, the trees were heavy with ice - bare and brittle
when we got there we brought venison to gift but there
was no one there to receive it
the irony was not lost on me
that day I went to enroll,
to give blood to my nation
was the same day that everyone was at a funeral -
a young Abenaki girl had killed herself
taken her blood away - back home
now here in Rapid, wildfires and flashfloods
the youth drop like flies from methamphetamine
every other weekend someone’s eating real well
at another Lakota funeral
the highway here claims more human road kill
than animal
from the rivers of blood and alcohol
extremes
I remember at 15 I dove into a falls in the spring
The water too cold, too fast, too high
I don’t want to remember being rescued from drowning
rushed from Spring's icy waters
by hanks of my hair
So long and flowing, itself a waterfall
How our hair braids us to the earth
how it saved me
I don’t want to lay awake thinking of words
created from sparks
of attraction
of rage
of the alchemy of extremes
flashfloods and wildfires

Kodiak bears spear trout
sending grand arches of spray, silver flecks
dotting their matted lake fur like paint
swallowing rainbows
Inupiaq, Inuit dance their hunting
bloated from sweet berry gorging
their breath
stale with fetid waters and fish
\Bear song
Ursa major lumbers across the night
bear boy dancing up his seven sisters
as Karuk and Coast Miwok
sing the bear songs
healing
sending up their prayers cloaked in angelica root
bear root, bear grass baskets hold the sickness
vomited up by the sucking doctor
A Lakota drug & alcohol counselor transforms to bear and back
in the dreams of his clients
in talking circles where they spew forth their disease
on Mato Paha they pray
send up the smoke, leave the flags
for Unci Maka
\Awassos, Bear song
beaver fell more trees
their pact with bear
for easy access to honey
our cousins who walk upright
pre-Christianity
bear medicine sprouted from the first awakening
our reclusive self up from a long slumber
with new cubs
while papal black robe scat
dots the New Colony Forest
in Hudson Bay the great polar
has cubs
that starve from global warming
this lord of the mountain
in Japan
like wolf are the wild self
holding vestige to a time of old growth forests
when bear, wolf, salmon, eagle, deer, hawk, bobcat
cougar, mountain lion , buffalo, and elk all had great nations
and will dance them again into being
Awassos/bear song 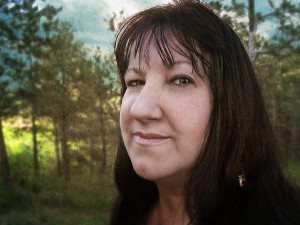 Sandra Abena Songbird (Abenaki), was born in Montpelier, Vermont (N’dakinna) where she spent over half her 50 plus years and is a member of the Missisquoi Abenaki of Vermont. She has published one book of poetry, “Bitterroot” – (Freedom Voices Press, Berkeley) and one album, “They’re Calling Us Home” (Cedar & Sage Music, 2000). Currently she works as a program assistant in multicultural affairs at South Dakota School of Mines & Technology Affairs and is a co-advisor for American Indian students (AISES) and other underrepresented students of color.  She shares a home in Black Hawk with her two Chihuahuas – Ernesto Little Coffee, and Santana and makes the journey back to Vermont as much as possible to visit her mother, sister and brother and family – powwows, tribal doings, and her fellow Abenaki/Wabanaki people. 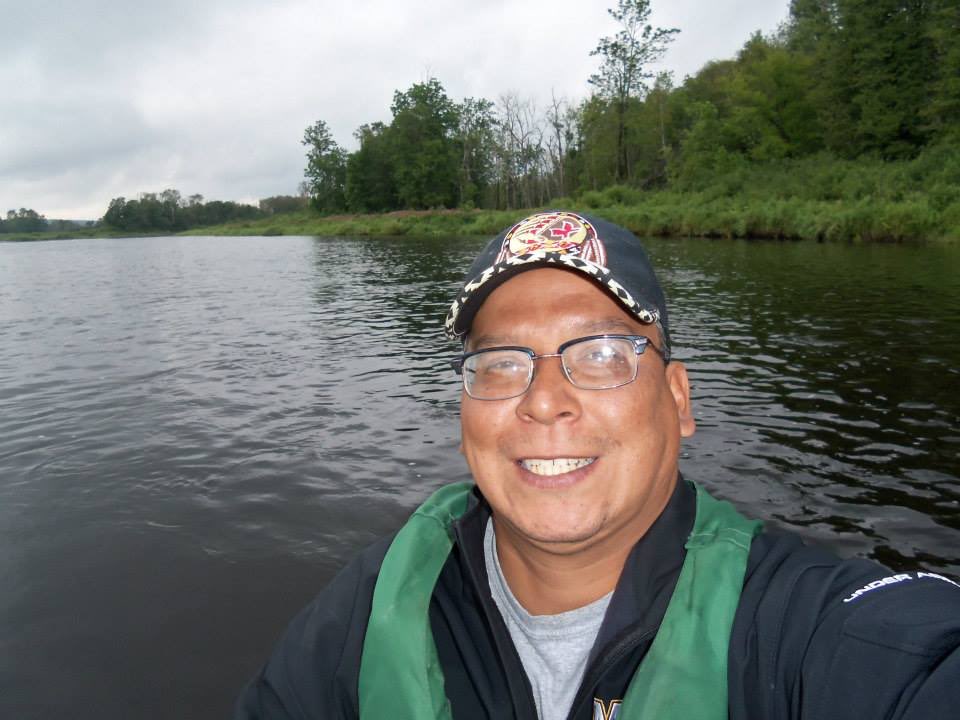 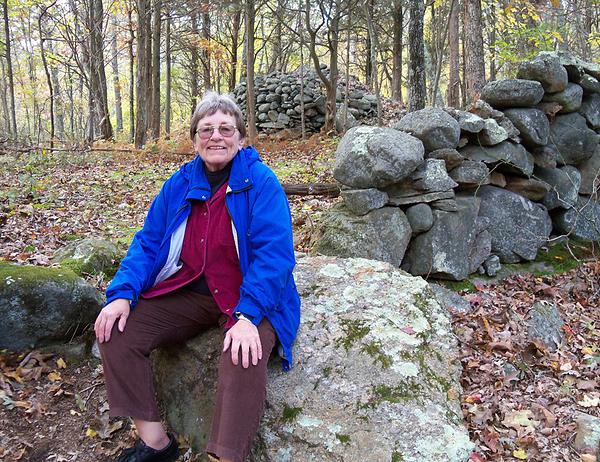