Last fall, I let my guard down in the place where spirits get eaten. I found myself alone in my empty two-bedroom apartment on the reservation, sending up smoke to Creator. It was a time of reckoning. “Please give me strength and vision towards my future,” I asked of him, feeling desperate. “Give me courage, disintegrate all blockades in my path, and make visible to me the pitfalls I encounter, so I can continue to walk the road chosen for me.”

Aquay, my name is Timothy LittleHawk Blanchette. I am a member of the Mohegan Tribe of Connecticut, Wolf Clan. I am grandson of June Sperry, and descendant of Samson Occom, the first Native American to publish his writings in English. He also helped found several settlements, including what ultimately became known as Brothertown.

I’ve been dancing at powwow alongside my family and the ancestors for as long as I can remember.

This summer, I danced competitively for the first time.

I am a dancer. Eastern War is my category.

The following is my story. It has some positive, and some negative, elements but in the end, I think it balances out.

Last year, my life underwent a complete transformation. Summer before last I was coping with the loss of family, friends, and the end of a lifestyle. It was a loss of identity for me, really. I moved to the reservation for a fresh start. I was going to finally do it right, this was my chance to make people proud of me, and to show the people who doubted me they were wrong. A new life. I wasn’t expecting a welcoming committee, just some family who would accept me for who I was, and believe in me. And some did. And yes, I just wanted us all to be a family again.

There are many pros to living on reservation. There are plenty of cons, too. When you’re from a tribe that gets per-caps, and live on a reservation next to non-natives, there’s a lot of jealousy. There’s prejudice against Natives everywhere in society.  Even though I have white skin, on first appearance I am still easy to identify as Native American. My hair, my earrings, my tattoos.  Or maybe because I’m late for everything...  But when people hate you before they know you based on your ethnicity, that’s called racism. Per-cap or not, it’s still the same.

Without praying for help from the ancestors and guardian spirits, I was alone. I guess that made me an easy target, because there were more than a few individuals that zeroed in on my perceived weakness. My heart was broken and my spirit had been beat down. Trust me, there was not enough sage in the world. Every bullet is like an atom bomb when the ones you’d take a bullet for shoot at you.

When I got to the rez, I had to come to terms with the fact that people will always judge. When I realized that people really saw me as a bad person, for whatever reasons, I started to see myself the same way. A two-time loser. I’ve been to jail, dropped out of school, sold drugs, and acted like the “tough guy.” But, I was always there for family when they had problems. I lost sight of my own light.

I started drinking to numb the pain, but alcohol prevented me feeling my way through the maze of renewal while I was surrounded by darkness. I remember standing at the counter in the liquor store, with tears running down my face. I was pointing to the biggest bottle of Fireball on the shelf behind the counter, but the clerk kept trying to get me to buy the smaller one. I think she pitied me.

At rock bottom, my only companions were my demons. I was trying to battle depression with loneliness, and anger with alcohol. By the time the driver arrived to bring me to rehab, I had already pursued a few different avenues of early checkout… and scrawled my tribal symbol, along with my suicide note, across the wall in my bedroom with a sharpie. It wasn’t long. I listed who I wanted to have my most important possessions. Straight to the point.

Things came to a head when I was ready to throw in the towel. I called a friend who had some connections. I was going to ask him for a gun or enough drugs to overdose, but for some reason, he didn’t answer his phone that day. I ended up downing a bottle of Smirnoff and cutting one of my arms vertically. I was really going for it, but the knife I had wasn’t sharp enough to get through the subcutaneous tissue. The same friend who didn’t pick up, was the one who gave me that knife.

I tried to fight the voices in my head that told me I was worthless and hadn’t achieved anything in life.

Now, with a strong spirit and a clear mind, I remind myself I’m worthy and that I have value. I wear my scars with pride. I’m aware of Creator’s love.  I’m proud of who I am. I remind myself of these things.

I’m in recovery, I struggle with mental illness, and now I’m a suicide survivor.

But I’ve also been signed to a label twice. I have performed for thousands of people, from New York to California. I’ve opened for major A-List artists like Wu-Tang Clan, Jim Jones, Crooked-I, and Styles P. I even ran my own recording studio in Manhattan.

I can’t believe how much better my life’s become the past twleve months. But I’m one of the lucky ones: I had help and support from my Tribe. Many tribes do not have the resources for programs to provide adequate help for those who are still sick and suffering. Addiction is tearing us apart. But things are moving in the right direction. And we can all help, in our own way. One way is by spreading awareness of the situation facing our brothers and sisters. Another is volunteering to help. Another is donating to support the cause.

I feel the presence of Creator (a conscious force of nature which, for me, the spirits of our ancestors still all belong to) permeate my life in many ways. It is more pronounced at certain times and places, when I am closer to The Source. Like Fort Shantok, for example, walking among the graves, visiting. It’s a phenomenon that’s always tough to do justice describing, but I’ll try: It’s like getting to see the puzzle pieces of life fit together for a fleeting moment, before they return to chaos. Other times it’s a powerful wind propelling me forward, even though my ships sail can only catch a part of it. Like a whole wave of frequencies are bombarding your radio, but you can only pick up one station at a time. Or listening to songs our ancestors used to sing/play out of invisible speakers. It’s accompanied by a feeling of great loss and sorrow, which is persistent. That’s the reminder. But often, it’s like a mixture of vindication, homecoming, anger, happiness, and renewed determination, bound together with strong responsibility. It’s beautiful, in a crazy sort of way.

I walk The Red Road in a good way. Sobriety is one ingredient. My birthday, October 31st, 2016, is my date. I’m in recovery, but so are we all; recovery from displacement, genocide, persecution, and self hate. And we are recovering: our languages, our land, our ancestors’ remains, our traditions, cultural identity, and pride in what we are. We are healing, and our story is one of survival.

“Some things don't rest easy... Their bones cry out from the ground."

At a time when life is trying, and I mean really testing you, alcohol is the one ingredient that can topple a house of cards like nothing else.

Alcoholism, the obsessive compulsion to drink, is a spiritual affliction.  When it becomes a problem it’s likely because you are filling a space inside you where something is absent.  Consuming alcohol further opens your spirit, and makes it easier for others to get in; angelic, demonic, and everything in between.  A dark spirit can even manipulate events in your life without your knowledge or consent. When intoxicated, you have no control and broadcast your location into the spirit world, and other spirits can find you like GPS. This can also happen during ceremony and meditation. Signs that a spirit is nearby are: a flushed face, sudden drop in temperature, strange muscle movements, automatic writhing, and unexplainable synchronicities. Without ceremony, a dark spirit can shadow a person indefinitely.

At rehab, I didn’t speak at all unless I had to in group. After two weeks, one of the female clinicians struck up a conversation with me. She was friendly and talkative, with eyes that say she understands what your going through. She coaxed me out my shell. It sounds like a small thing, but then, it felt like someone tossed me a life preserver.

After rehab, I started to dance again. It’s like I knew who I was. Soon, I was dancing every day, like my life depended on it. And in some ways, it did.

Dancing is a medicine and prayer. The steps of your dance are like lyrics to a song, or notes in a melody.  Every dance tells a story. You dance to wake the spirits of the ancestors, so they can dance with you. You dance for those who can’t dance themselves, and to remember and honor the old ways. Dancing is tradition, and there is a responsibility to honor those who came before. Dancing is a commitment.

Dancing shows the resilience of all Indigenous peoples, it is an act of preservation. Dancing as our ancestors did, each of us adding ourselves to the dance, we keep the culture alive to be handed down to future generations. We dance in defiance of those who made our way of life illegal. In defiance of corporate mainstream society, that steals our culture and identity, misappropriates it, and then sells it to the masses. In defiance of mainstream society that turns our ancestors into Disney characters and sports team mascots. As long as we continue to dance, we are free. #stillhere. This is why dancing, be it Traditional, Fancy, Grass, Eastern Blanket, Fancy Shawl, Eastern War, Jingle, and all other categories, is for warriors.

A warrior is one who sacrifices to protect and help others.

We, as a people, have warrior in our blood. At birth, we already have inherited a responsibility to our ancestors and to the future generations to carry the torch. We are survivors. We have survived guns, knives, and genocide. We need to be militant in protecting our culture, now more than ever. And part of that means building each other up, and loving each other…who else will? 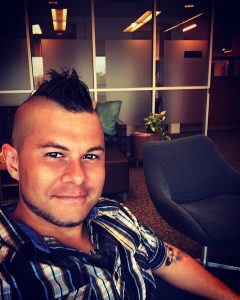 Mohiks is a Native American hip-hop artist, Eastern War Dancer, writer, entrepreneur, and activist from the Mohegan Tribe of Connecticut.  Mohiks is “wolf” in the Mohegan language. His music is an inspiring and honest reflection of his life and his unique take on issues facing our society today. Mohiks is currently in the studio writing and recording for his upcoming album, “Red, White, and Blue” slated for release July 4th, 2018. 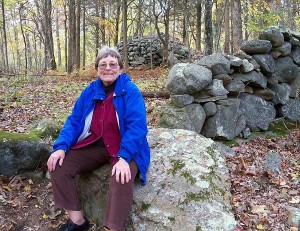 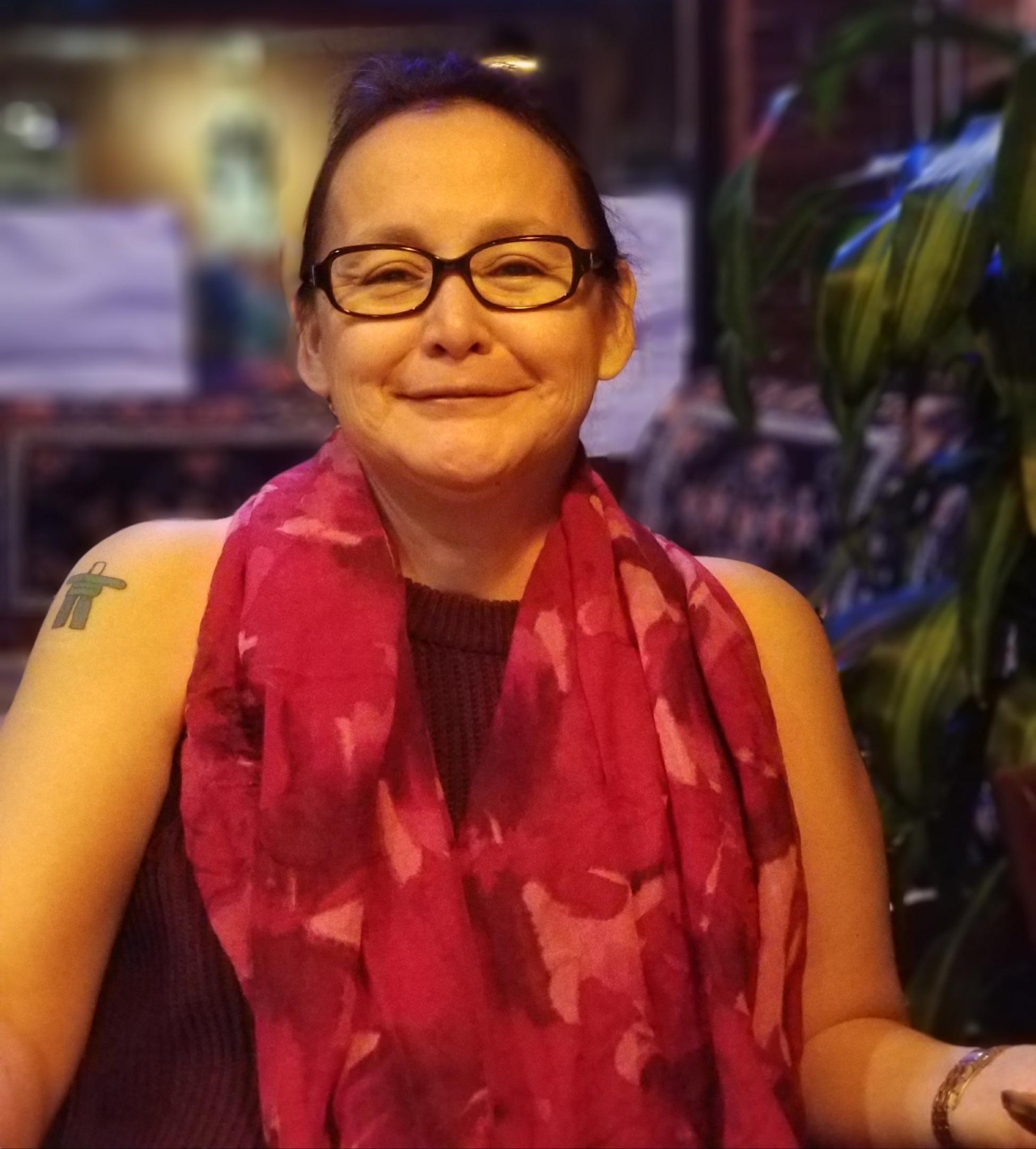