It is the last day of a four-day funeral fire, when we left in the land of the living can begin to focus on our grieving. We have been mourning a relative who hadn’t had time in his young life to find someone with whom to be buried, sharing one gravestone. Past the time when friends and family visit, past the time when the fire casts warmth for the assembled bereaved, it’s only me and two other living people here, waiting for the pile of smoldering ashes to be cool to the touch. The end of the concerted effort to keep the fire alive leaves too much space. Soon, the fire is only its absence, a gray patch in a circle of thirteen rocks recalling cycles of time, invoking past loss and reminding us of more to come.

Shantok isn't only like this. Even on the first day of the fire, in the company of those left behind, memories of good times and visons of their return wound around our pooling grief. My partner, Mohegan but not familiar with the deceased, came with me because it happened to be Valentine’s Day and we’d been together when I got the dreaded “call me” voicemail. We listened to deceased’s brother talk about how as kids they’d close their eyes and imagine what our ancestors must have thought and smelled and seen and felt in this place. With his uncle and father, we talked about the years of cooking food together for the Mohegan families who gather here every August—save in pandemic times—for homecoming and the wigwam festival. Everyone talked about when this might happen again and the joy of good company. In our own personal worlds, we drifted between this woeful present, a changed future, a richly textured past.

I realized I love Kaiser on one of those August days when a hundred Mohegans got caught in the rain at Fort Shantok. He and I pressed in against opposite sides of a tall oak tree, hoping it would shield us from this quick shower. It kept raining. We got more drenched than anyone else because he indulged my belief that we were better off under this tree than dashing for sturdier shelter. In a moment of pure joy, laughing in the summer rain with my face against the rough bark, I saw his face, similarly squished and laughing. The blessing of rain in this place revealed what I’d failed to see.

The next August, we walk away from the bustle of the wigwam festival to the peace of the burial ground. We stop by those we knew and wondered about some we didn’t. Baby Clark stops us a little longer, a grave with only a single date. We note how the oldest ancestors here, marked with unadorned fieldstones, face southwest, towards death and the spirit world. I take off my shoes to be closer to the earth, and we move slowly, intentionally through the densely-populated space. I comment on how brave, or foolish, couples are, putting both their names on a headstone before they’ve both died. What a ridiculous level of faith in one's own faithfulness.

What disturbs me is that not all of my bones will end up here. There’s no explicit cultural protocol mandating that bodies be intact upon interment, but given our history, I regret not pushing harder to ensure skeletal wholeness upon my return to the earth and the ancestors. I wonder if they know that parts of me have already crossed to their world, though I don’t know exactly where those pieces are. I wonder if they know my knowledge that I will never be whole haunts me. Now, inches of ribs, of my ribs, will never belong to this earth.

It's not that I let them go out of carelessness, or lack of concern. They had to go because one can only live with pain so long before you will try anything to get rid of it, and for over a decade several of these bones slipped against one another, constantly sending nauseating echoes and blinding-hot switches through my body. I asked, before the first of two surgeries, if I could have my bones back. The surgeon told me no, they would get maggots. I wanted to argue but I was afraid, because of the insistence and authority in her voice, and because it seems unwise to fight with people who are about to cut you open. I didn't ask the second time, and this is what I regret most. I couldn’t help but think of a particularly dear ancestor, Emma, who in 1842, alongside her mother, watched at a burial ground near Shantok as their relatives’ bones—and bodies—were dug up, and set on fire.

Mostly shaded, the burial ground at Shantok hosts great carpets of moss. In the cold the moss loses its springy texture, becoming more like stiff thick wool. One cold day, before the snow, I sat on the moss blanket over Emma’s mercifully undisturbed bones. A cedar tree grows here, splaying out above me, its roots intertwined with the ancestors. Here I confess to her that some of my bones were misplaced. I apologize. With such grievous mistreatment of bones in our memory, how could I have allowed yet another authority to insist my own bones be disposed of anonymously, carelessly?

What I really fear isn't the not being whole—though something about this, the separation and the not knowing, unsettles me—but rather that these women and other ancestors will wonder why I let it happen. They and many others worked to ensure our continued wholeness, as a people and as persons, and to keep us from moving west. Many days, I feel I am failing them.

The young man we mourn here around this February fire won’t be buried here. He’ll be buried west of the Connecticut River, where our spirits start to fade. He has family there, and they aren’t bothered that they’re across the river; for most of the year, that’s home for them now. But I worry about him, and the others who are away from home.

West of the Connecticut River, I feel wrong. You know the feeling of surface tension on water, when you place your hand just where you can feel the water resisting your force? Imagine that in reverse, like the tension is holding you and drawing you in. Touching every part of your being is a diffuse sensation which has its root inside you but involves the whole network of interrelated forces acting upon you in every moment. As if each cell in your body could yearn and had a tiny filament stretching to the place you belong, building tension the further you roam.

This feeling is common among those who acknowledge and embrace the way we belong to the land. Once you cross that river to the west, the spirits of our ancestors become quieter, less potent. We don't know the other spirits who live there, and from west of that river we cannot readily call on those enmeshed in the world to its east. We don't know that land in the same way, through generations of collaborating for survival. In leaving home, we strain the great matrix of relationships into which we are woven.

So I worry about my missing bones. If I can't know where they are, how can I be sure that I will ever really be at rest? Caring for me after the first surgery, Kaiser tried to reassure me as I gazed at my long bumpy surgical wound and bruised torso in the bathroom mirror that the ancestors would understand the difficulty of keeping all your bones in one place. I suppose that’s one way of framing what they learned from centuries of grave-robbing and desecration. To comfort myself, I imagine my missing pieces are already among the ancestors, but I cannot be sure. I cannot be sure that those bits are not lost forever, just beyond the gravitational pull of the rest of my bones, of Shantok, too estranged to be pulled back into enmeshment.

Enmeshment is love. This love sustains, and it generates obligations. It’s said that grief is love with nowhere to go. I rather think that grief has something more to do with separation, in either time or space. Grief happens when we express love we cannot be sure is reaching those entities to whom we nourish ties. It is what happens when, in love, we tug on our end of the string like a spider testing its web and cannot detect the flicker of response at the other end. In loving anyway, we express faith that these ties persist, and that no respect paid to our interdependence goes to waste. To exist in enmeshment is to be always attuned to absences and to trust that they make the web whole.

It’s the August after the August in the burial ground. Kaiser and I sit at the eastern edge of Shantok. Our seat bones dig into an old railroad tie as we gaze through the trees at the gulls gliding out over the Massapequotuck. Beneath our feet the ground slopes where the dirt constantly erodes down towards the river, our ancestors’ highway. We talk about how much has changed since their time, knowing the two of us couldn’t possibly understand the full scope. Cedar trees, as always, stand behind us. Animate beings planted there to provide sanctuary, they perfuse the air with the sweet scent of their medicine. But it’s never enough to hold the world at bay. Around us, ancestors speak, but I confess: even when we’re listening, we cannot always hear. I close my eyes to pretend that the noise of cars rushing over the bridge over the river is the sound of the nearby ocean. Sometimes it works, but in the end the smell of traffic makes it through, erasing visions of the time when laughter echoed between the cedars, when canoes traversed the water, when one wouldn't have to think twice about the cleanliness of the river before jumping in. When we leave, we talk about missing this place, but the one we really miss, we've never been to.

I am drawn by the promise of this world I never saw, but which I must believe will return. And by its capaciousness, how it holds the joys and sorrows of generations of Mohegans, innumerable mournings and celebrations. And by the gravity of my ancestors’ bones. And by my need to love it all.

Madeleine Hutchins is Mohegan living on Mohegan/Nipmuc land. She is a graduate student at Yale Divinity School (YDS) and the Institute for Sacred Music, Worship, and the Arts (ISM). At YDS/ISM, she focuses on land and ritual with a particular interest in Indigenous and Christian worldviews in conversation/conflict, as well as the power of story. When she is not doing academic work, she is gardening, walking, cooking (and eating), reading and writing for pleasure, collaborating on Indigenous storytelling projects, and studying Mohegan language, history, and traditional knowledge. 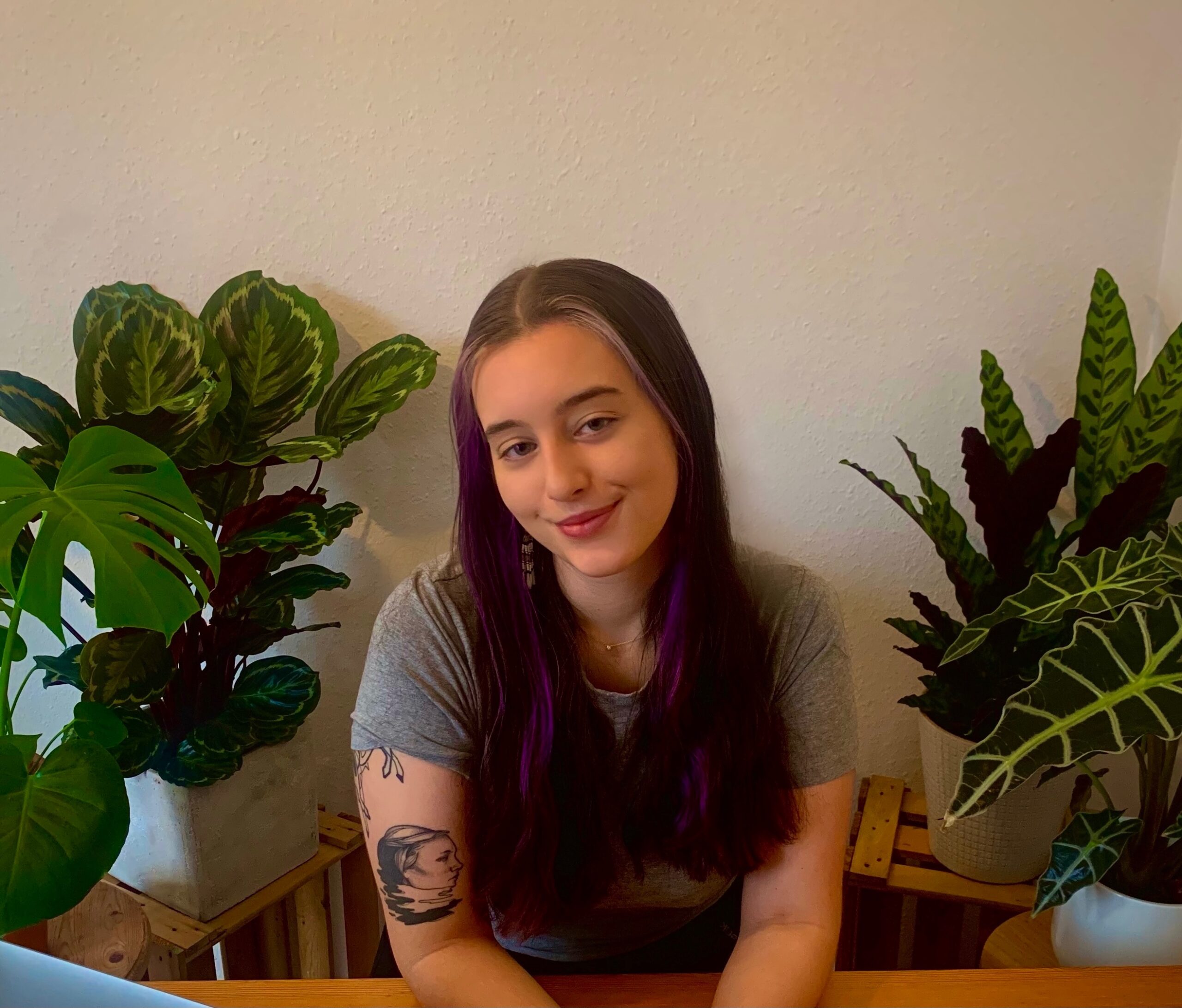 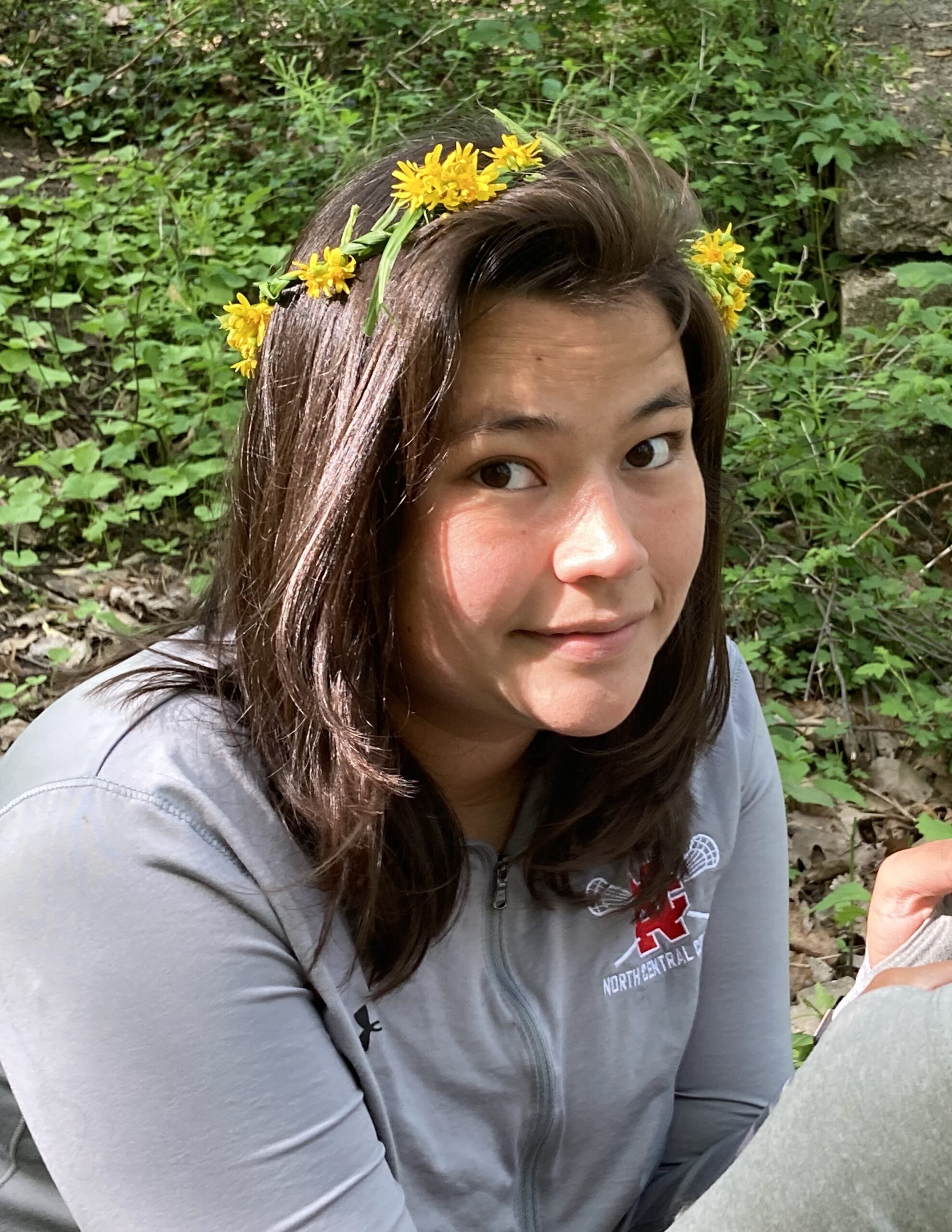