-Robert Frost, from "The Vanishing Red"

A long-distance swimmer jabbed at the water and aimed for the shore. He seemed thinner than average, and swam with a louder and slower than usual “pfft, pfft” as he advanced. Suddenly he lurched, propelled, and grounded himself at the feet of a lone woman standing at the edge of the pond.

Marguerite gasped, clasped her blanket around her shoulders, and wondered, “Why do I always go to this place when I am grieving? Ah, it's the right place, but these people … people, ugh. I thought I'd be alone, it's so cold, why on earth is anyone else here?”

She gasped again at the swimmer's black-clad, rubberized body as it pulled and pawed itself out of the water, then silenced herself, remembering how the miller had killed “the last” of her people simply because the miller hated the sound of the “red man's” gasp as he was shown the astonishing power of the mill works. “Just pushed him into the water wheel,” was the story told to Marguerite as one of many warnings: “Don't ever let them see your emotions.”

So she continued to walk slowly around the pond, head down, appearing to pick her way around rocks, deep rivulets formed in the sand, and debris from the woods tumbling into the path. She acknowledged that her fearful, anxious friend Christine had apparently but suspiciously died of complications from diabetes. Marguerite would never know the full story; she had stood within the camouflage of pine boughs at the edge of her property as the mailman and another neighbor whispered about Chris' death, in order to learn what little she knew.

Chris' husband didn't like her to have visitors. He didn't like the way she kept house, or how she talked, or how she looked. He didn't want her to go out, or for other people to get to know her and come in. So, Marguerite, in spite of being a target for the husband's extended anger, didn't ask many questions. The two women had been friends for less than a month but it had been a full friendship: Chris loved to give books to Marguerite; Marguerite loved to tell stories to Chris. “If we had come here,” Marguerite thought, “Chris would have floated a bookstore with her purchases of books about Thoreau.

And I … I would have told her about Joe Polis.”

Marguerite dismissed the thought that Chris probably wouldn't want to hear about Joe Polis; she probably would start coughing and need to go to the bathhouse to avoid such knowledge.

Marguerite also admitted as she continued to walk around the pond that there would be no funeral for Chris. “Probably no obituary, headstone, prayer, or gathering, either,” she thought. Marguerite's remembrance, this water walk, would probably be Chris' only honoring of her life: an anonymous, unrecognized, and unacknowledged honoring by Marguerite, who knew Chris for years as 'the odd lady at the end of the street who was always calling the police,' and only recently known as a fun-loving but frightened woman.

At the cove, Marguerite stored her blanket and entered the water. She submerged to her chin and floated, barely moving her outstretched arms, for a long time, not thinking at all.

The train from Fitchburg to Boston rushed past to the next stop, its rumble and speed disturbing Marguerite's peace. “I would have liked to take the train with Chris,” she thought. We could stop at Egg Rock and Fair Haven Bay. Estabrook Woods. Maybe even Sandy Pond. We would have had … fun.”

The first book Chris gave to Marguerite was about confederate women who funded and led their own private militia while disguised as men. “At least that book was saved,” thought Marguerite.

There was a final call to the police from Chris' house. “A robbery!” her husband shouted Come quickly! There's some old Indian-looking woman stealing Chris' stuff from my dumpster!”

When the police arrived, they found only a tame deer watching the flashing red lights from the woods along the road as she had always done.  As they kept their eye on the deer, one officer said, “You know they're saying the husband might have killed the wife, if even by neglect, right?”

The other answered in a whisper, “Chief told me to keep my mouth shut.”

Donna Smith is a writer from north central Massachusetts. She earned a degree in Journalism and English from Suffolk University. Her career included writing for government programs, writing of marketing communications in the high tech industry, and freelance journalism/photography for metropolitan newspapers and international magazines (such as The Lowell Sun/Sentinel and Enterprise and Indian Country Today). Her work is included in the first issue of Dawnland Voices. Writings on cultural genocide (the inter-generational impact of boarding schools) have also been selected for the anthology Persistent Transgressions to be published by Third Woman Press. Donna is of Abenaki and English descent.

Indigenous Editing and the Gathering Place 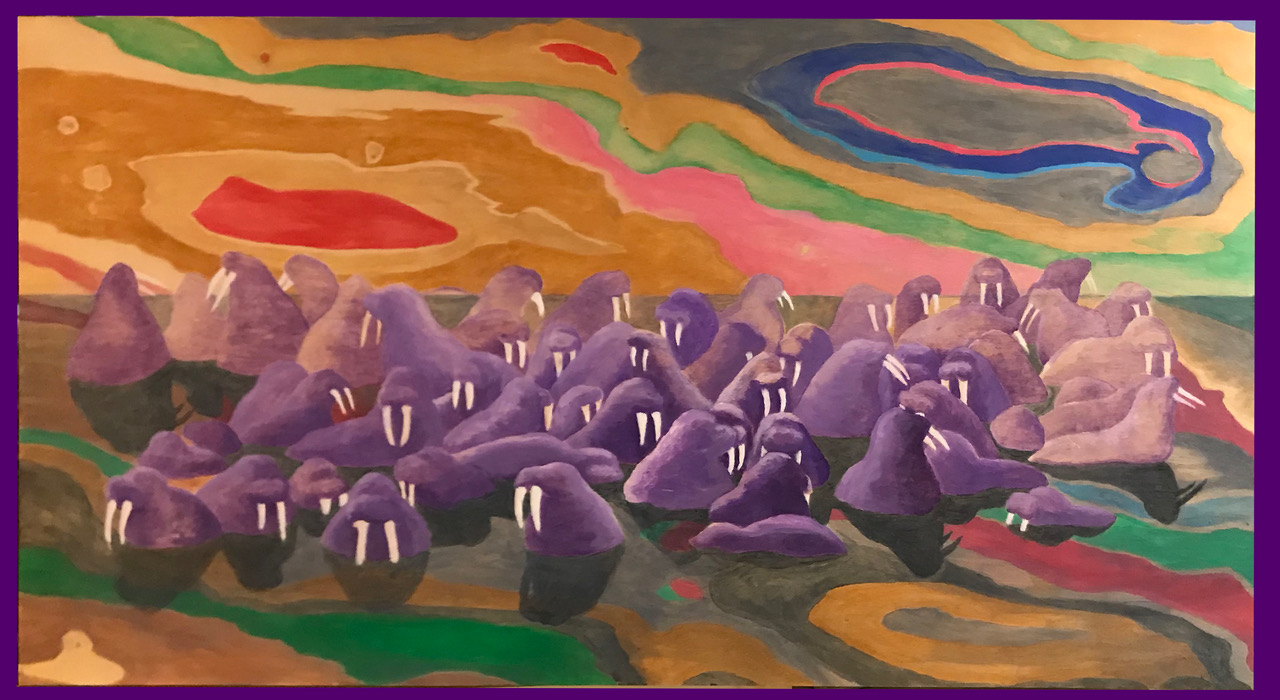