“Here,” the Curator says, “identify these.”
Throwing the wampum on the table
as though it is an inanimate thing.

The answer is close at hand
but the words catch in my throat
the lights dim
other voices whisper.

“These damn Indians can’t tell one wampum from another,”
snorts the ghost of Fenton, lurking in the corner
“They are not sacred,” claim his colleagues
“It’s all a hoax,” they insist,
“No beads can tell stories.”

Yet these bits of shell glimmer with forgotten life
each a spoken narrative
each a strand of memory
each a captured promise
each a muffled voice.

Here, you see, these beads,
fell from Cynthia Fowler’s wrinkled hands,
and were sold to Mr. Heye
to secure food and warmth for the winter.
They have left an empty place at Mohegan
they cry to find their way back.

This one, a belt of five diamonds,
was forged to connect Kanehsatake
to their brothers in the Confederacy
yet it slipped out the back door of the Church
ran away with a Frenchman
was spirited south to Philadelphia
and then secreted in a New York City Museum
before a wealthy collector snatched it off the shelf.
Decades later, his children, tiring of its presence,
sent it off to auction.
It waits for recovery.

That slender strand of white, two black beads in the middle,
is a life interrupted,
an old chief, an old friend.
“Frank,” wrote Josiah Hill, “he wanted you to have these,
we want you to remember,
to join us in condolence,
to grieve in blood and bone,
when we carry him to ground.”

These thoughts echo off the walls of the museum
as fluorescent lights flicker
cabinet doors creak…
and old spirits gather around to eavesdrop.

“So, can you identify them or not?”
he presses, voice raising in pitch
more than a trifle impatient.
I want to say: “For them, yes; for you, no.”
But I hesitate.

These wampum beads are awake again,
and all the answers are there, in the correspondence.
Had the Snake Man only lived a little longer,
he would have made this right.
My arms are ready, their relatives are waiting.
But, I know, no piece of paper will suffice,
no provenance record will be compelling enough
to uncover the eyes, open the ears, and make the way clear
for those who live surrounded by thorns.

And so, I tell him exactly what he believes to be true.

“No records exist,” I say, “and you’re unlikely to find any.”
“It looks like what you have here is just another batch of
unidentifiable decorative art of no particular significance.
See those deep wear patterns?
Trade beads, most likely.”

He nods, satisfied to have his suspicions confirmed by an expert.
“Good to know. I hate to have this junk cluttering up my museum.”

With all the sincerity I can muster,
I softly put my hand on his arm,
“I understand.”
Then, delicately pulling out my wallet, I say,
“Happy to take ‘em off your hands.
How much you want for ‘em?”

His hands shake like a drunkard’s
but we make the exchange.
Dealing done, he turns away, muttering.

The beads tremble in my hand.
“Hush” I whisper, as we walk out into the light,
“Now let’s find you a way home.” 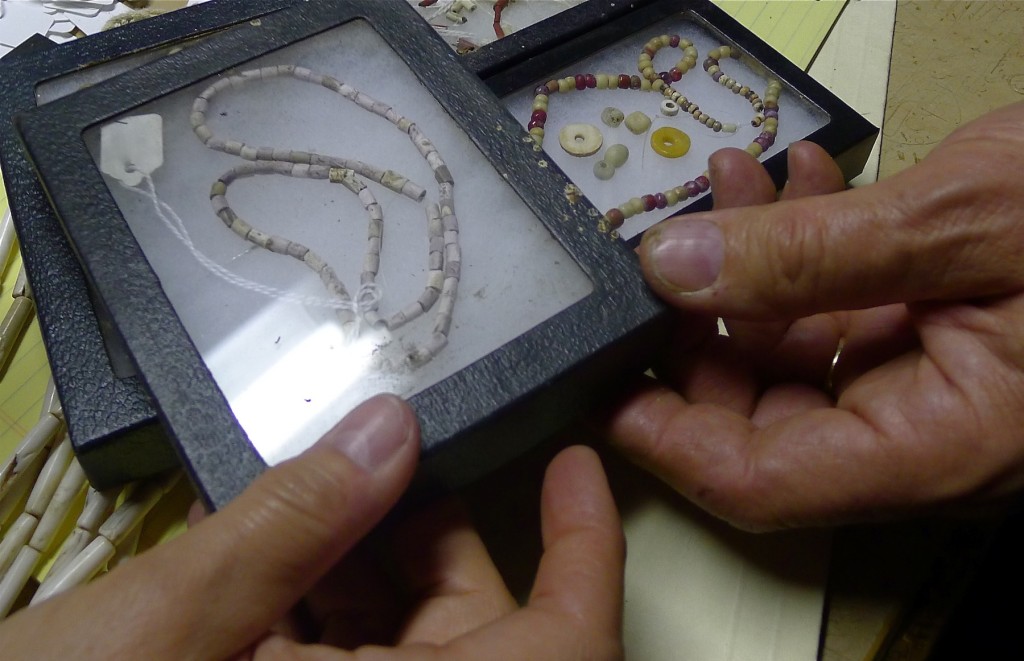 *Please note: The above poem is a poetic rendition that recalls the arrogance of collectors long dead and curators long past who refused to even consider the possibility that wampum in museum collections might have documentable provenance. These words do not reflect the many present-day museum curators who have so generously facilitated access to their collections so that, together, we can recover sensitive object histories and address the losses of the past. 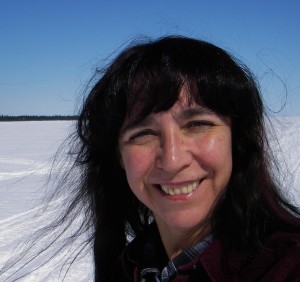 Margaret M. Bruchac (Abenaki) is an Assistant Professor of Anthropology, Associate Professor of Cultural Heritage, and Coordinator of the Native American & Indigenous Studies Initiative at the University of Pennsylvania. She directs two restorative research projects at Penn: “On the Wampum Trail” and “The Speck Connection.” Both of these endeavor to reconnect objects and data in museums with living Native American nations and traditions. For research updates, see On the Wampum Trail. Also see the Penn Museum Blog, Beyond the Gallery Walls. 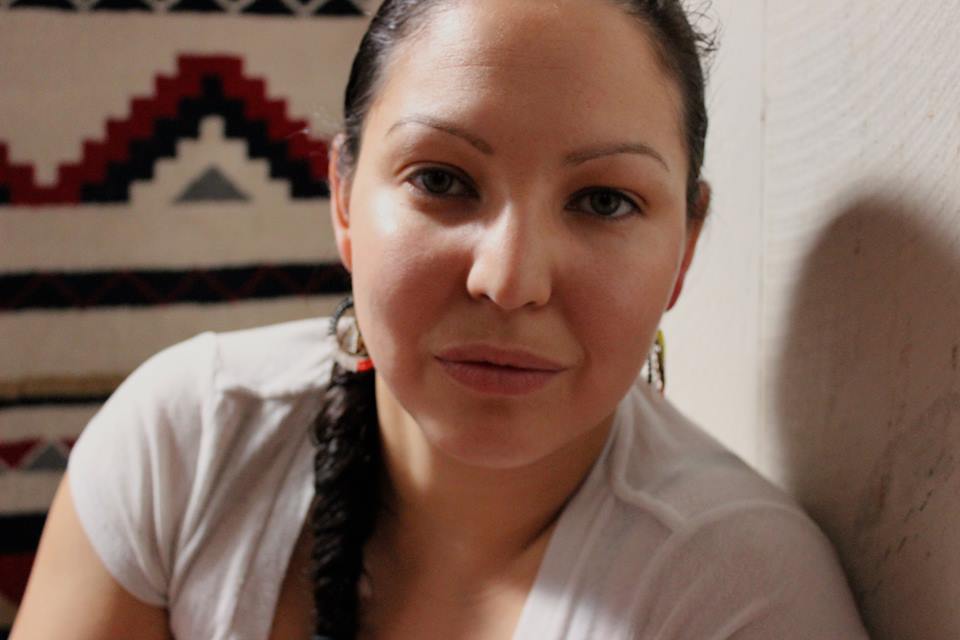