My feet feel so cold so I keep wiggling my toes until the warmth returns. Bareheaded in the rain, wearing a plaid skirt over my jeans, I stare at the pieces of dried grass that float and flit in the brown puddles. A snake-like stream winds its way around the muddy hole in which two pine boxes have been lowered. The boxes, one-fourth the size of an adult coffin, are covered with a bright woven blanket.

Women sing a chant, while shaking rattles and beating drums in tune with the many-pitched voices. They surround the unceremonious opening – gaping, open-wide – as it swallows two of our Ancestors who have been in museums. Their bones have been in match and cardboard boxes for sixty years. At last, these two women will rest in the brown soil of the earth, in the land of the traditional summer camping place of the Passamaquoddy. Museum officials told the Tribal Repatriation Committee members that one of the women had been murdered. Her skull carried the imprint of a blunt object.

Four females, the oldest and the youngest of those gathered, stand around the grave site at the four directions – east, south, west and north – praying and weeping silently. A fire blazes off to the right tended by young people. The young men arrange the wood almost upright so that the fire can lick the moisture from its grain. The fire accepts the offering of food to the Ancestors. They want so much and eat so little. Their spirits long to tell of the lessons they have learned and unlearned from their experiences. They long to imbue us with humanity borne from shedding inflicted hurts which stem and grow out of greed.

Damp creeps into my clothes clutching my last bit of skin heat, yet I am warm as I sing with the women from Tobique, St. Mary’s and Sipayik. We will work to return all the Ancestors to this sacred ground. At last we have a beginning. We will take our young to this site and tell the story of two women who were snatched from their graves, taken by strangers to be studied, to be analyzed, and then placed in museums, in archives.

Now, with unspoken prayer and a mood of sadness tinged with joy, their descendants surround the two women. Fear pervades the air with a question – can they rest, assured that they will not be disturbed again?

We are forgiving and haltingly rejoice at the first of our Ancestors to return. From where does this serenity and acceptance spring that allows the Wabanaki Nation People to forgive the Wenuhc? No anger, but sadness; no lament, but rejoicing; yes, even humor. This is the fabric of our people; this has been our strength, and sadly the undoing of our Nation. Yet, in the end, it is also the foundation, the core, and the bedrock of the values that have sustained us a distinct people.

I am proud to be part of the Wabanaki. Nothing will destroy us, not even our own who imitate the Wenuhc. What we possess, as we stand here in the rain and damp, cannot be killed. Who we are cannot be contained in a museum. We are strong; we are kind; and we will never be broken. Tahu.

Split Rock your solitude is broken.
Now our children play in fields of clay
Money taken and not a word is spoken.
The land and green is left in an array
a tragic loss unseen of mud and machine.

Manned by those who are different
Think that progress is sufficient.

Is worth the defacing of our Mother?
Episodes turn brother against brother.

Can be measured by the building,
And still more--another wielding.

Dare you to mouth another course?
All look at you and think you coarse.

Dare you, but one, speak of what be done
Your values are not of comprehending.
Support, yes praise, is what you should be lending

To those our learned public servants
Who must be paid for their kind service?

Is there not another that kindly love and ever cherish
All these dear things: Which they must also perish?

Children play upon my rock

Folks that come to sit by me

As they wonder at my destiny

Will I become as many pebbles on the
beach?
Or all these important things yet out of reach?

One hundred acres is not enough
The land case, not one grain will give,
What has been once our everything.

Invaders to our race
From within and without

Where to flee to really be
But alone—if in misery.

For deeds untold were never spoken,
We are all but a trifle token
In the march to be like you.
Nothing reserved for us few.

Who love the way our land was created?
Undisturbed—God has anticipated.

If only one corner of the earth be given.
Where I in peace as an Indian may live in.

Split Rock, you are the testimony true
Of times so long past: Never to be new. 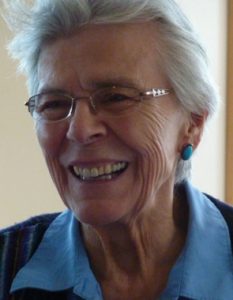 Mary C. Bassett, Passamaquoddy from Sipayik, 1934-2018, was a talented writer of poems, screenplays and stories which she used as a way to teach Passamaquoddy history and ways of knowing and being. Mary assumed many roles in the community, including helping to create the first tribal health center, establishing support systems for those struggling with addiction, and writing for the local newspaper The Quoddy Tides. She was steadfast, caring, nurturing, reassuring, and wise; many in the community turned to her for unconditional acceptance and honest, loving guidance. 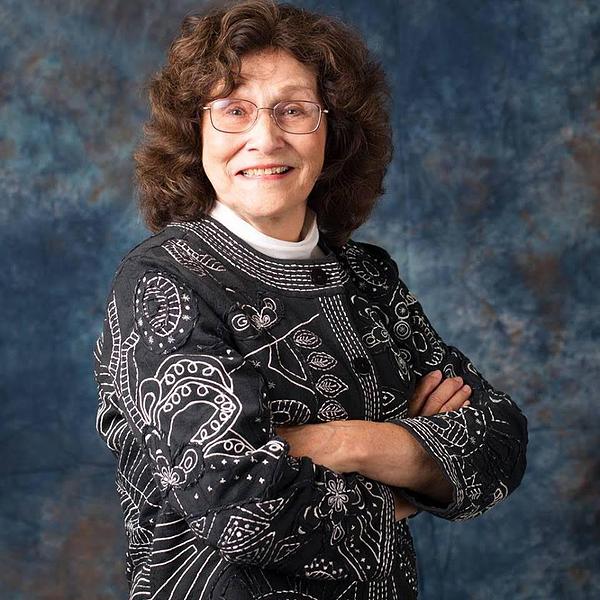