THE MAN WHO WEEPS

Long, long ago, when the world was still new, there was a family of people who called themselves “The Hammonassetts.” In their language this meant “The People.” They lived on the shores of a river, which later came to be named for them.

One of the young children of this tribe was a boy who loved to know what the names of the creatures and plants around him were called. He wanted to know what each animal and bird did, what plants he could eat, what plants were for medicine. He was a curious youngster. His name was Sebaquanash.

He was a talkative child and asked many questions of his loving parents and his sister. They would try to answer each one, but at times they found he kept them from doing all the work they needed to do in their busy daily lives.

It was autumn. At this time of year the food had to be harvested, corn kernels, beans, and squash slices to be dried. There were fish and shellfish to dry and smoke for winter use, small

game and fowl as well. Many plants were picked and dried for either food or medicine. There were feathers, shells, and reeds to gather for crafts, tools and shelter. The marsh teemed with wildlife of all variety, making the sounds and smells of a life rich in beauty.

mmonassett, the beach was flat with occasional rock outcroppings for children and wildlife to discover. The salt marsh area where they lived in the summers was the most beautiful place one could imagine. Their wigwam was high enough to be safe from flooding and from every direction there was nothing but the glory that Creator had made. The morning sun to the east, the setting sun to the west and the moon rose and set over the land giving spectacular vistas all around. Indeed, a sacred place to live.

One day, when Sebaquanash had been especially talkative, his mother, Gewasak, sent her son on an errand to her father. She knew her father, an elder and a storyteller, would keep the boy occupied for sometime so she might get some quince picked and prepared for transporting to their winter camp. Grandfather’s name was Mahomac. He lived nearby, about an hour’s walk from his daughter’s wigwam. Mahomac was a wise person and often called upon by members of the tribe for advice on a variety of matters. He was usually able to settle disputes or help in practical situations of general concern.

Sebaquanash arrived early that morning at his grandfather’s wigwam with a gift for Mahomac from his daughter. It was a large sea clam shell for him to use in many ways, as a dish for food, a tray for beads, or a holder for cedar or sweetgrass which is burned as purifying smudge smoke. A very useful present indeed, gratefully accepted.

Mahomac was pleased to see his favorite grandson. He was amused because he knew his daughter would only send him to visit if she were at her wits end and if the boy had been asking too many questions of her and her husband. It was time to tell the boy about a vision he had had. Sebaquanash sat and listened to the story his grandfather was about to tell.

“Grandson, when I was not much older than you are now, I went to the caves north of here, our winter camp, and stayed alone without food for four days and nights. On the third night, I dreamt a strange and wondrous thing. The Great Spirit came to me and said that one day I would have a daughter who would give birth to a great leader of our people. He would be called “The Man Who Weeps”. On the fourth day I went outside and climbed to the top of the caves, to the highest point of land I could find. The dream was for me to study and contemplate its meaning so it was there and then that I saw my purpose and my personal life path.”

Sebaquanash sat still and wide-eyed. He realized that he was the son of Mahomac’s daughter. This, meaning he would be a great leader, made him proud and he sat up straighter. But, what does it mean to be “the man who weeps”? This scared him a little. Would he have an eye injury, would he lose a loved one, would he have done something to shame his people? What
did it mean? And, what was Grandfather’s path? More questions, but no answers.

Time passed as it always does. Too slow for those who wait, too fast for those who are afraid, just right for those who love and live right. Although this life can be beautiful, it can also be harsh and you will need know how to handle your life in both times. Sebaquanash grew into a strong young man. Because he was curious, he was also very smart and still talkative. His many friends liked him and when tribal council meetings were held, his opinions were respected and often acted upon. He became a great leader of the Hammonassett. He also married a beautiful young woman and they shared their life together in a gentle harmony. Still, Sebaquanash wondered about Mahomec’s vision. 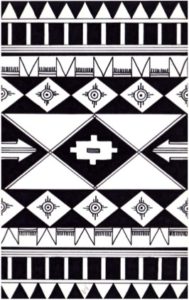 Grandfather was very old now, he had moved his wigwam closer to his daughter’s family and

they all looked after him. This was the way of the people. They would see that the elders had food, firewood, and company if they wanted it.

Sebaquanash went to visit his grandfather alone one day and asked what he had found his life path to be? “We have always been here, Grandson, my lifepath was to help raise you and your sister to be fine people, to know and fully understand the ways of our ancestors. To teach you both the crafts you would need to survive 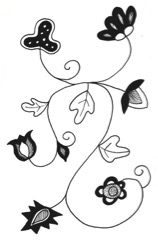 in our natural world. Although beautiful, it can also be harsh and one needs to know how to handle their life in both times. Your parents did well, but they were often busy with everyday chores and I was honored that they trusted me with the education of their children.”

Sebaquanash left Mahomac that day feeling proud of his grandfather, proud
that his grandfather thought of him as a ‘fine person’. He hoped one day to fulfill his prophesy as a great leader of his people, however, the name “the man who weeps” crept into his own dreams once again. What does it mean. It especially tugged at his heart and his spirit because his cherished wife was expecting their first born child. He feared in secret for their lives, but his daughter arrived and she and her mother were fine and healthy. They named the child Shaumpshuck (Sunk Squaw). 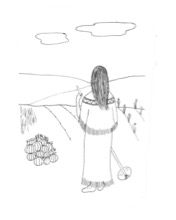 Again, years passed swiftly as they do. Shaumpshuck grew into a sweet and lovely young woman, much like her mother, but curious and talkative like her father. She would talk with everyone and bring stories back to her parents for retelling. Often, these stories would be about the Europeans who had come from the east and who just took land and the lives of Native people. Some of the neighboring tribes would say they brought good things like iron pots and clothing that was not made of deerskin. But, these Europeans told everyone that their way of living was better, that their God was better, that they were better and if the Native people didn’t like that, then they could go somewhere else or die.

Most of the other tribes along the river and the shoreline of the “Big Water” were not happy about this. It was their home, their land, and they had taken good care of it since time began. Why would these newcomers want to destroy them and take away their land? Didn’t we all have one Mother, Mother Earth, and one Father, Father Sky? There is so much of it to share and 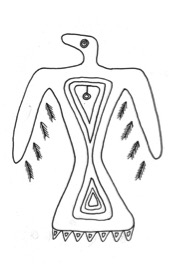 care for in respectful ways. We have always been here and been respectful of our Mother Earth and our Father Sky, we love our families and take care of our own. We only take what we need from the lands and waters around us. We want to live in peace with these people, but they don’t like us and they want to take what we have even though we are willing to share it and our knowledge.

One day when Shaumpshuck was down by the place where the river by her home, the Hammonasset river, flows into the “Big Water” there came three canoes. They each held about six young warriors, one more handsome than the next. They pulled their canoes onto the beach where she was standing with others. The leader of this group walked up to her and declared, “I am Uncas of the Mohegan people to the east. We are here on a mission of peace and friendship.” Shaumpshuck espressed her welcome to all the men, inviting them to her parents

lodging for refreshments. This hospitality is common practice among Native people to this day. Uncas and his men spoke with the tribal sachem, Sebaquanish, elders and council members. He left with a promise to place the Hammonasetts under his strong protection and vowed to return very soon.

He certainly did return soon as he was quite taken by the beauty and the way of Shaumpshuck. She felt the same way about him and the 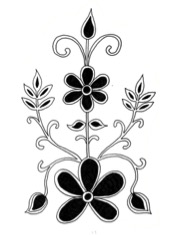 sweethearts were married after a timely courtship. Shaumpshuck may or may not have known that Uncas had been married before and had two sons. However, he was about to have a third son by Shaumpshuck, Attawanhood, also known by his ‘white’ name, Joshua.

When Attawanhood was still a child, Uncas sold the land of the Hammonassetts to Henry Whitfield to the west and the land to the east to Colonel George Fenwick. After this time, the small band of Hammonassetts, who loved their sacred place, had to relocate to the banks of the Oswegatchie area of Niantic where most became Mohegans in time. 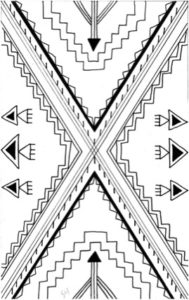 No one knows for sure, but this move from his beloved homeland is believed to be the reason Sebaquanish was known as “The Man Who Weeps.” 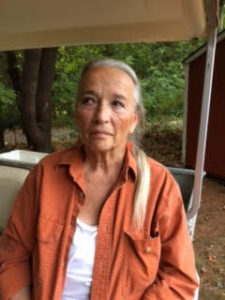 Dale Carson (Abenaki) is the author of Native New England Cooking, 1981, Peregrine Press; New Native American Cooking, l996, Random House; and A Dreamcatcher Book, 2000, Birdstone Publishers at the Institute for American Indian Studies. She has written the Native Cooking Column for Indian Country Media Network since 2003 and for Indian Life newspaper since 2006. She is a former board member of the Institute for American Indian Studies and a founder of the Hammonassett Festival in Madison, CT held every two years. 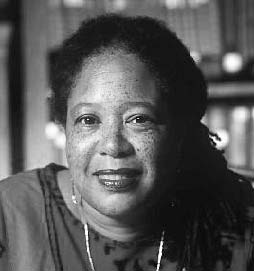 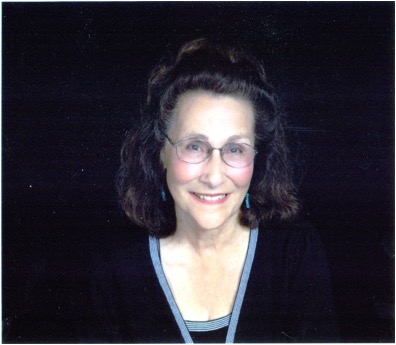