When is the last time you’ve seen a horror film starring Native American actors? Or a dystopian film set 71 years into the future filmed entirely on a reservation? How about a documentary that features Native Americans living in Los Angeles during the 1950’s? And wait for it…a Native filmmaker producing a documentary about Armenian families in the city of Dikranagerd, filmed entirely in Western Armenia?  Most likely, the answer is never.

In wanting to expand the traditional invitation of what defines a film festival, this festival extended the invitation to all film artists. Most festivals celebrate directors, sometimes actors, however we wanted this film festival to cater to participants who are also involved with other aspects of the filmmaking process. Along with filmmakers, we used the term “film artists” to distinguish those that contribute to the process of filmmaking, which can include writers, producers, tech crew, musicians, and artists.  It is important to publicly celebrate and recognize the significant contributions of those who aren’t in front of the camera at an event like a film festival.  A great example of a film artist who participated was Dr. Melissa Leal, who served as a Lead Researcher for the MTV short documentary Rebel Music: Native America. Though Dr. Leal was not a director or main producer on this project, she contributed significantly in the conception & framing of the story, as her doctoral work is a niche that explores the areas of hip hop music in the Native American community.

The Indigenous Coast to Coast Film Festival was a discovery of emerging film artists who are Indigenous or are creating Indigenous themed films. In the film industry, it is standard canon to expect a filmmaker to produce films that contains subject matter on what is perceived to be their cultural identity, and not extend beyond that.  Unfortunately, most often, this expectation is based upon negative stereotypes created by Hollywood. There are many Indigenous filmmakers who may not be creating films that have anything to do with their traditional culture, and those films have not been accepted in the mainstream film industry.  One of the goals of the Indigenous Coast to Coast Film Festival is to introduce filmmakers who have stepped out of that “expected” stereotype narrative in hopes to widen the field of artistry that exists within the Native American film community.

The passion of most independent filmmakers begins with having a story to tell, and some by any means necessary. Most of the filmmakers that screened at this festival have been quietly creating some spectacular work from Oklahoma to Connecticut, operating with out-of-pocket budgets. Little Thunder Films filmed their first short documentary Idle No More without funding, following South Dakota based Willi White, who shot his entire film short The People in one weekend!  Los Angeles filmmaker, Pamela Peters, began her project Legacy of Exiled NDNZ utilizing crowdfunding.

The film industry itself relies heavily upon Hollywood. It is an industry that has historically set the standard for filmmaking, from inception to distribution with pretty tight controls in place, almost impenetrable for any film artist who doesn’t fit the master narrative that Hollywood perpetuates in mainstream media.  It has only been since the influx of social media technology that filmmakers have been able to begin to explore the possibilities of autonomy as an independent filmmaker.  This exploration has led to the rise in what is called crowdfunding, or websites that allow filmmakers to raise their own capital to make their films, which allows them complete autonomy, only loyal to delivering a story to their donors and fans.

The internet also allows for more immediate access for filmmakers to other sources of funding from grants to film competitions.  Funding is still an arduous task, and as more filmmakers produce independently, competition for funding is even more saturated. Within the Native community, specifically reservation communities, often times, access to digital technology is limited as internet connectivity is a big issue in remote areas. So, even though the 21st century has opened the door for more representation in film, there is still the huge task of film distribution and sustainability of a film industry outside of the Hollywood network.

Once a film is made, a filmmaker wants their story to seen most likely by audiences not solely in their immediate geographical location. Unless a filmmaker had a budget to either distribute their own films, or enter into a partnership with a distribution company, a film festival can be a start for most filmmakers to get their work out into the world.  There has been a new surge of Native American film festivals, which is a fantastic means to getting exposure, however, a film festival doesn’t address the bigger picture of how these emerging filmmakers can continue to create films beyond their first projects as a sustainable career.  This is where Hollywood seems to have a key that only unlocks the door to their top choices of producers in the film industry, and when films don’t fit the industry paradigm (as of most recent the box office “sequel” genre), it is a mountain to climb to even consider having a career in film.  Most filmmakers work day jobs while they look for the means, and time, to produce new projects. Thus, the question becomes, do independent filmmakers continue to make films out-of-pocket and/or piecing together grants, along with crowdfunding, not expecting any type of sustainable result that can lead to a career in film? Or, is there another way we have yet to think of that can offer a space for Indigenous filmmakers to create an industry outside of Hollywood?

Creative sovereignty may be what is needed to offer a viable path for this new generation of Native filmmakers. The film industry is profit driven, and recouping costs is a practical matter to address. Perhaps one answer is that tribes that have funding can come together to create a Native filmmakers collective that could train emerging filmmakers, and provide long-term sustainable funding for filmmakers. We must consider that we may have to change the entire paradigm of how we value the role of filmmaking. If we value filmmaking as a tool for storytelling as the priority over profit may have to fit into the equation.  An Indigenous film collective could partner with local film studios, or even bigger production houses that can help produce digitally advanced film works. This idea isn’t at all far-fetched as any filmmaker knows, independent filmmaking works through partnerships from technical crew, musicians, artists, and actors.  Filmmaking is all about collaboration, and the more independent filmmakers find ways to support one another, it can be possible to create a new film industry outlet. This doesn’t have to be an industry that replaces Hollywood. This can be a new creative industry that is more inclusive, and maintains a standard in which profit isn’t the central goal of its’ existence.  Storytelling has always been a vital source of cultural sustainability for Native people, and in the 21st century, filmmaking is becoming a vehicle of storytelling that is reaching more people. 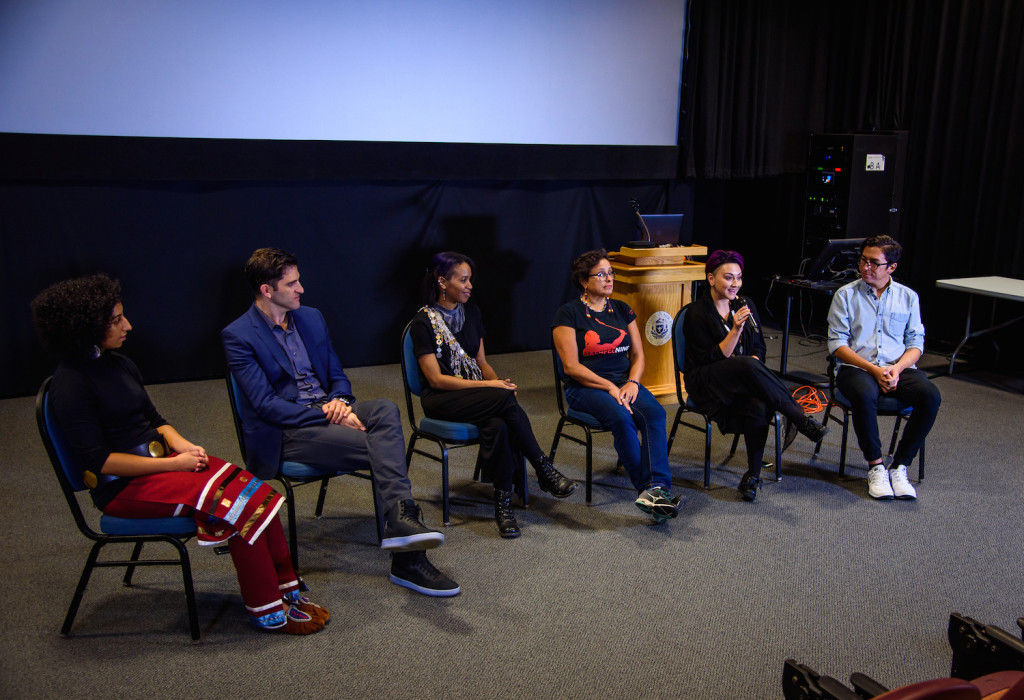 Universities that have Native American Studies programs have been great hosts screening Native American films for the past several years. The First Annual Indigenous Coast to Coast Film Festival was hosted at the University of New Hampshire. The Pechanga Tribe partnered with California State University San Marcos to host the San Diego Native American Film Festival (the actual festival being held at the Pechanga Resort & Casino).  The University of Idaho has sponsored the Sapaatk’ayn Cinema Native American Film Festival since 2003 with their 2015 festival presented off campus in downtown Moscow, Idaho.  As we look at ideas as to how to create and sustain filmmaking within Indigenous communities, when universities host film festivals, it is a great idea to form local partnerships as it presents opportunities for off campus screenings that help films to reach a larger audience, not solely confined to the campus community.

The Indigenous Coast to Coast Film Festival featured films that explored traditional themes, and also films that stepped outside of the boundaries of what is expected of Native American themed films.  The documentary We Still Live Here, directed by Anne Makepeace, features the journey of the Wampanoag people and their diligence to revitalize their language. Paula Peter’s film short The Mashpee Nine documents the story of nine men who were raided by police during a drumming circle in 1976.  These films represent the more traditional stories.  We also screened films that were more interstitial in nature, or films that transcended traditional themes, such as Willi White’s film The People, a futuristic dystopian film that depicts two brothers’ attempted escape from a military camp that was once the Pine Ridge reservation.  Talin Avakian screened her short documentary Two Tales of a City, a short film that takes an intimate look at family life in a small village from one of her ancestral homeland of Armenia. Though the film did not have a Native American subject matter, Avakian is a Native American woman with a rich mixed ancestry.  American Native is a documentary film directed by non-Native filmmaker Steven Oritt.  Steven was invited into the Ramapough Lenape community to capture their ongoing quest for sovereignty.  He entered the community by gaining the trust of the tribal leadership, and went on to produce an edit of the film that was sensitive to showing all sides of their story.  Mark Williams’ horror film Violet is a film that has recently won many awards, and is an excellent example of a film directed and starring Native American talent that inhabits a genre that transcends a cultural framework.

The 21st century is a time that Indigenous people can utilize filmmaking as an art form, and also as an extension of traditional storytelling.  Perhaps, if we view filmmaking as a vital expression of storytelling for the community, the venture of filmmaking can become a priority for us to build partnerships that provide opportunities for Indigenous stories to be told.  When we view the fantastic films that are now being produced by Native American filmmakers, we can see the vibrancy that exists, a light that hasn’t been extinguished, which is a testament to the enduring spirit that fuels us to persevere as storytellers.  The Indigenous Coast to Coast Film Festival has elected to utilize that spirit, and provide a gathering space that will explore the possibilities. In this space, we will connect and create our own stories to share with the world. 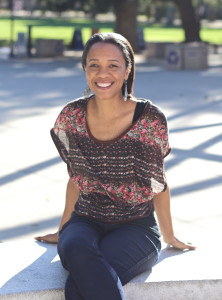 Asata Radcliffe, Writer/Director, is a fiction writer & independent filmmaker. Asata completed her undergraduate work at UC Davis, and earned an M.F.A. in Creative Writing from Antioch University. Her academic research explores storytelling as an embodiment of a living document that provides the meaning of social dynamic between human beings, thus linking storytelling as a vital component to cultural survival. During graduate school, she taught and worked as a professional counselor providing advocacy for Native American families & youth. From 2010 to 2014, she volunteered & worked as a camera operator on several community cable projects at Davis Media Access. After producing a short promo commercial for the Avid Reader Bookstore, which aired on DCTV, she launched Little Thunder Films during the summer of 2012. For over 15 years, she has worked every position there is on many independent films, ranging from the obscure to serving as an assistant director on the award winning film Search for the Best Indian Taco. In 2015, she was the creative designer for the website and inaugural launch of the Dawnland Voices 2.0 Online Literary Journal. She also produced the Dawnland Voices Documentary Film Short which is the author promo for the journal. She has taught film and creative writing workshops, and currently teaches high school in Maine. 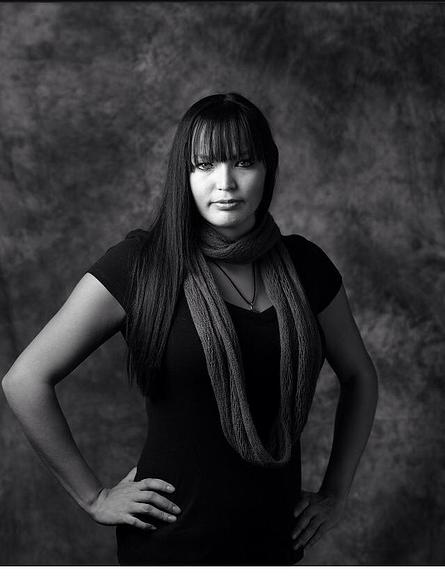 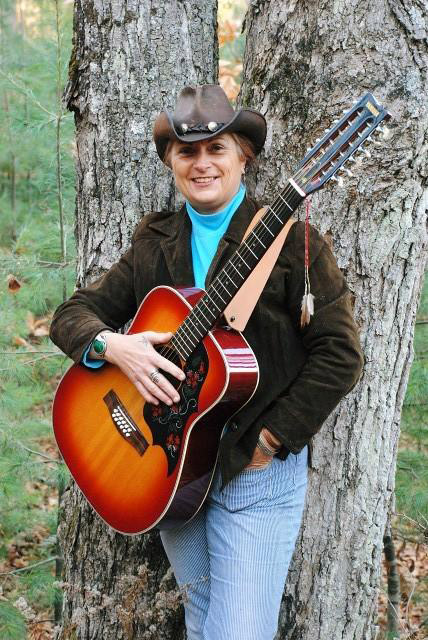