Paula Peters is a Native American journalist and educator from Mashpee, Massachusetts. She worked for the Cape Cod Times from 1992-2002 and has worked to educate the public about Native history as part of the Indian Program at Plimoth Plantation (first as an interpreter in the 1970s and 1980s, and returning in 2005 as Director of Marketing and Public Relations).

Peters attended Bridgewater State University from 1984-1986. She was actively involved in the Mashpee federal recognition effort, with her father, Russell Peters (d. 2002), and many other tribal members. In an interview with NPR in 2006, Peters recalls a time when "nobody in Washington cared much about which tribes were recognized."  Like her father, Peters has served on the Mashpee Wampanoag Tribal Council. With her husband, Mark Harding, who serves as the council's treasurer, she co-founded the marketing company SmokeSygnals.

As executive producer of Captured: 1614, Peters continues her longstanding efforts to tell history from the Wampanoag perspective. The exhibit was first unveiled in November 2014 at the Plymouth Public Library in Plymouth, Massachusetts, marking the 400th anniversary of the kidnapping of Squanto and 19 other Wampanoag tribe members by English settlers. The essays included here comprised some of Peters's contributions to that exhibit. Captured will travel and continue to grow until 2020, the 400th anniversary of the landing of the Mayflower. Peters serves on the committee of Plymouth 400, the non-profit organization planning that event. 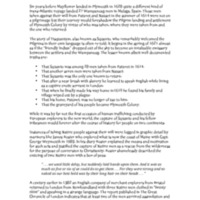 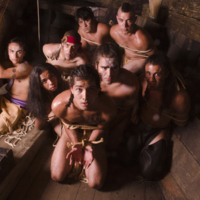