This card comes from an educational kit called "Indians Who Met the Pilgrims," produced by the Boston Children's Museum (BCM) in the early 1970s in collaboration with regional Native educators and activists.

Frank James was an Aquinnah Wampanoag tribal leader, founder of the National Day of Mourning, and an activist committed to educating non-Native people about issues affecting indigenous people. He was a member of the BCM's first Native Advisory Board in 1972, and was instrumental in encouraging museum staff to start dismantling stereotypes. Following his lead, the BCM produced an early exhibit explicitly devoted to challenging stereotypes of Native Americans. 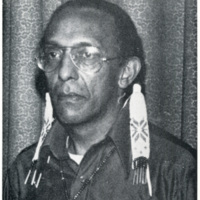 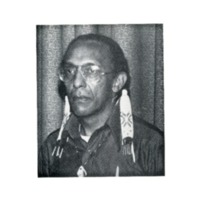