Joseph Laurent (1839-1917) was chief of the Abenaki village of Odanak in Quebec, Canada from 1880 to 1892. He was a teacher and leader in the Abenaki community, and Odanak Nation throughout his life. Laurent, also known as Sozap Lolô, is best known for the publication of his book New Familiar Abenakis and English Dialogues. The book, a first of it’s kind, is a dictionary that translates Abenaki to English. When one begins their journey of learning about Indigenous people a noticeable trait is the selflessness that exudes from so many of the texts and cultures. Future generations are kept in mind in almost all actions, and it was the driving force behind the creation of Laurent’s New Familiar Abenakis and English Dialogues. The Algonquian-speaking nation was verbal, and in need of being preserved in writing. New Familiar Abenakis and English Dialogues was vital in taking the number of one hundred plus speakers, to the rest of the Abenaki population and it is still widely used today.

New Familiar Abenakis and English Dialogues begins with the Abenakis alphabet, and then goes into the vowels, diphthongs, and syllables. The pronunciation key gets you ready to delve into the vocabulary that is broken up into sections; the first being “Of God’s Attributes” with words like Deity, Mercy, and Spirit. From the heavens, to the winds and seasons the reader is brought down from what is bigger than any single human to the very words used to describe the kinds people who inhabit this earth. The sections of words continue to take the reader back out of their own skin and into the very soil they walk on, and all the gratitude it deserves. The more difficult verbal translations and conjugations are at the end of the dictionary.

The structure of Laurent’s dictionary is also what widely sets it apart from others. His translations are set up as a journey through their land as opposed to a standard list. He takes the reader on a trip from Quebec and throughout New England through linguistics, and language education.Despite Laurent's upbringing of speaking fluent Abenaki and French,he created the substantial text in an effort to preserve the Abenaki language and culture. Laurent’s preface describes his intentions, along with a suggestion of how to read the book without criticism:

The primary intention, the chief aim of the Editor in publishing this book, is to aid the younger generation of the Abenakis tribe in learning English. It is also intended to preserve the uncultivated Abenakis language.

May this little volume, which will learn the white man how the Abenakis vocal organs express God’s attributes, the names of the various objects of the various objects of the creation; beasts, birds, fishes, trees, fruits, etc., etc., and how extended are the modifications of the Abenakis verb, be welcomed by the white as well as by the red man, and its errors and defects overlooked with indulgence.

Aside from his work with language, Joseph Laurent was also an entrepreneur. He built a trading post and camp in Intervale, New Hampshire. It was erected in the same years as the publication of Laurent’s dictionary, 1884. The camp was located in a grove of white pines known as Cathedral Woods, across from the scenic overlook that resides on the border of North Conway and Intervale. A local hotel owner allowed Laurent to build on his land thinking the Abenaki business would benefit both men. It consisted of an Abenaki gift shop, five cabins, a wigwam, flagpole, and totem pole. Laurent purchased goods from Odanak members and took them to his trading post to sell to Euro-American tourists. They sold things like Victorian goods and miniatures, but their primary source of income was the sale of handmade ash-splint baskets. Tourists, who stayed at the hotel while traveling through the White Mountains could visit Laurent and his family, watch them make baskets and purchase goods. It was not only a business opportunity, but was also a way for his family to practice speaking English. After Laurent’s death in 1917 a monument was placed on a large stone in memory of him. The trading post remained for thirty-three years, and was maintained after Laurent's death until 1960 by his wife and son Stephen Laurent who was also an accomplished writer/linguist, and resided in Intervale until his death in 2001.

The camp in Intervale was more than a store. It symbolized the return of Abenaki people to their ancestral homeland. New England based nations were forced out of New England and into Canada during colonial settlement. The creation of the trading post gave the Abenakis the opportunity to reconnect to their original roots. With the future Abenaki generations on his mind, Laurent’s impact was one of the greatest of his people. The now historical site of his trading post remains today with the memorial to Laurent and the remains of a cabin or two, and New Familiar Abenakis and English Dialogues is still widely used as their language is being revived faster than ever. His memorial in Intervale ends with a quote from St. Mark 6:1:

“And he left that place and returned to his own country” 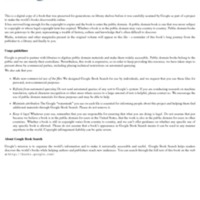