From the day of her birth on April 14, 1940 until today, Joan Tavares Avant has lived in Mashpee, Massachusetts. As she puts it: “I was born in Mashpee as a Mashpee Wampanoag, Why would I want to leave?” She is the granddaughter of revered Mashpee Wampanoag Elder Mabel Pocknett Avant, in whose ancestral home now resides the Mashpee Wampanoag Historical Museum, of which Avant has been the past director of. She is mother to four children, grandmother to five grand-children, great grandmother to 3 great grandchildren, and has two un-adopted adult children, all which she loves dearly. She is also one of seven clan mothers, the Deer clan mother of her tribe.

Granny Squannit is one of the oldest Wampanoag legends. An old medicine woman with long black hair covering the single eye in her forehead, she snatches away children who misbehave, taking them away in her canoe to her cave in Cummaquid to scare them into being good. However, Granny Squannit also has a benevolent side, giving presents to good children and guiding sailors who leave her gifts. Every Halloween, Avant dresses up as Granny and greets (often scaring them in the process) Mashpee children as they walk through the woods. After playing Granny Squannit for adults, children and organizations and keeping her alive through writings for 20 years, Avant was given “Granny Squannit” as her native name from their tribal medicine man. She continues to write articles on Granny Squannit, even having her own column titled “Tales from Granny Squannit” in the Mashpee Enterprise in recent years. She also has a black and white tattoo of Granny Squannit on her right arm

Unlike some of her author peers, Avant did not enter college immediately after high school, finding it hard to be accepted to a university because of her Native status, as well as financial difficulties. She finally received her Bachelor of Arts degree in Human Services from the University of Massachusetts Boston in 1993, at the age of 53. Two years later, she earned her Master’s degree in Education from Cambridge College, and presently is working on a Doctoral Degree in Education at the University of Massachusetts at Amherst. Avant believes that “it is never too late to learn, age is but a number.” For 26 years, she was the Director of Indian Education for the Mashpee Public School district. She worked to provide guidance and promote cultural awareness to local Wampanoag students and teachers, as well as to provide school day-care and tutoring services. Finding the Mative history taught to schoolchildren biased and inaccurate, she also worked with both Native and non-Native educators to create a curriculum that highlighted local Wampanoag elders, culture, history, legends, and values. In 1993, the Falmouth Affirmative Action Committee recognized her for this work.

Avant has been tribal president for three terms, as well as tribal historian for four. She is currently a member of the Mashpee Historical Commission, as well as a member of the Mittark Committee, which publishes the Nashauonk Mittark (the monthly Mashpee Wampanoag newsletter). She is also a member of Wampanoag Language Reclamation Project, which since 1993 has worked to teach Native children the Wampanoag language, which has had no known native speakers for six generations. In November 2012, CBS News interviewed her about the project.

Avant is also a writer for the Mashpee Enterprise, writing about Mashpee Wampanoag affairs and contributing her own column, "Tales from Granny Squannit." Her journalistic style often shows up in her book, People of the First Light. She begins each section of her book with the sentence “Let’s be Frank about this,” a line in remembrance of her son, but also a good euphemism for her writing. She uses a straightforward, blunt manner to presents her facts, and unapologetically expresses her opinion:

There are people who still believe only that the Wampanoag met the Pilgrims and helped them through the first winter…and later fell off the face of Mother Earth. Rarely is it mentioned that we were here 12,000 years before any newcomers arrived. The entire realm of opinion has been that we have been here since the celebration of Thanksgiving in 1620…These are facts and not myths; they were challenging for our people then and continue to challenge us even today. Also, my view is this: just because leaders of this country such as Henry Laurens (President of the Continental Congress), George Washington, Abraham Lincoln and others who set certain dates for Thanksgiving does not mean that they were the first to think of such a celebration.

People of the First Light took two years for Avant to finish. She self- published it in 2010. She was inspired to write after finding the Native perspective lacking in her own tribal history; decribing non-Native writing about her people, she remarks that it's  “insulting and it hurts,” though it makes “millions of [dollars] off the backs of our ancestors and all our tribal people.” Having lived in Mashpee all her life, and having done tribal interviews and research, there was never any difficulty in finding things to include; in fact, she often found herself with more than she could incorporate. Avant says that the most difficult part was writing the proposal for funding; the rest, such as structure and selection of works, came naturally via cultural experience and indigenous insight. She wants to remind people, through her book and other works, that “We are still here.” 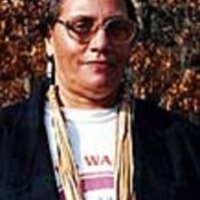