An unidentified fishing basket trap from the Mt. Kearsarge Indian Museum in Warner, NH, is likely an eel trap. Woven from wood splints, it stands nearly three feet high when stood on end. Museum staff is unsure of this basket’s exact date and place of origin, but Abenaki and other Native people in northeastern New England have long used trap baskets of this kind with their fishing weirs. Abenaki basket maker Bill Gould, who makes similar items, explains that a trap like this “is set up under water and weighed down with bait inside.”

What is a Fishing Weir?

Fishing weirs, sometimes constructed of stone, and sometimes of wooden stakes, work “to obstruct the passage of the fish in order to facilitate its capture, and impound the fish so that it cannot get away" (lutins). Weirs can capture fish traveling either upstream or downstream, usually during the spawning period, when they have the most fat. In a 1992 study of prehistoric fishing weirs in the northeast, allen lutins observes that “weirs and traps may be used independently, but their functions are often combined in a single structure when traps are used to collect the fish forced by the weir to a narrow outlet.”

The oldest fishing weirs could be vast. Fredrick Johnson describes an enormous prehistoric weir found in 1913 under Boylston Street in Boston. Dating back to the Late Archaic period, it covers about two acres and includes some 65,000 stakes interwoven with brush wattling, or a mixture of shrubs and branches (27). The Late Archaic period occurred in 1250 BC-3800 BC (Fagan 202). According to Johnson, the difference in construction between this ancient fish weir and modern ones was that the stakes were not evenly spread out or of the same size (Johnson 57).

Throughout New England, fishing has been an important means of subsistence for Native people, promoting a spiritual connection to specific places. Kerry Hardy finds that, for the Wabanaki Indians of Maine, waterfalls and ideal fishing spots historically determined the significance of villages: “The greater the obstacle, the better the harvest, and the more important the town” (62).

In New Hampshire’s Winnepesaukee region, three stone weirs were found in the 1930s. One was W shaped and the other two were V shaped, with points oriented downstream (Proctor 41-49). According to Brian Fagan, V-shaped weirs could be used with basket traps (79). The traps could be placed near the points of the weirs, which funneled fish into them. The weirs at Winnepesaukee, unfortunately, were eventually removed because they interfered with water navigation (Moorhead 51).

Historically, Native people have fought determinedly to protect their fishing grounds. In a 1748 petition, residents of the praying town of Natick defined their right to fish on Lake Cochituate, against the encroachment of English settlers. Historian Jean O’Brien has discussed this petition in some detail as evidence of Indian resistance; with respect to the value of fishing weirs, she notes that “The petitioners describe their fishing rights as an ‘old and valuable liberty’ rather than a gift in the form of a specific grant from the General Court” (O’Brien 126). Therefore, this petition conveys that the Indians had these rights long before the arrival of the English, although they were forced to formally request them back in writing. Similarly, the eel basket pictured here—made of trees, placed in rivers, and capturing food for people—acts as a text tying indigenous people to a particular place.

Johnson, Frederick. The Boylston Street Fishweir, a Study of the Archaeology,biology, and Geology of a Site on Boylston Street in the Back Bay District of Boston, Massachusetts. Papers of the Robert S. Peabody Foundation for Archaeology v. 2. Andover, Mass: Phillips academy, The Foundation, 1942.

Proctor, Mary A. The Indians of the Winnipesaukee and Pemigewasset Valleys. Powwow River Books, 2007. 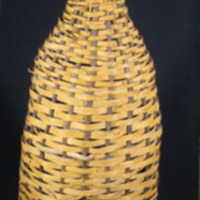 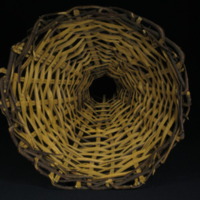