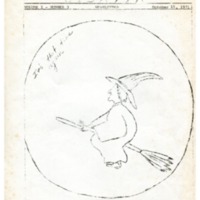 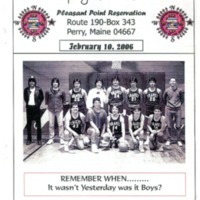 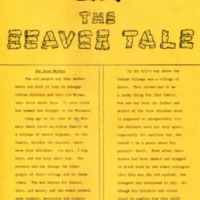 The Passamaquoddy Cultural Heritage Museum was established in 2000 by Tribal Historic Preservation Officer Donald Soctomah.  It quickly became a repository for all kinds of valuable documents, including language books, historical papers, and many tribal newsletters.  For this digital project, Donald Soctomah and Stephanie Francis selected a number of tribal newsletters that showcase the vibrant history of tribally-initiated print production.  Most of these newsletters were short-running, produced on a shoestring thanks to the labor of just one or two people; but they tell the stories of Passamaquoddy self-governance, community-strengthening, and cultural survival. 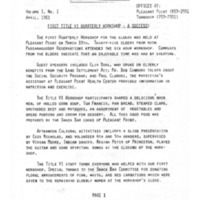 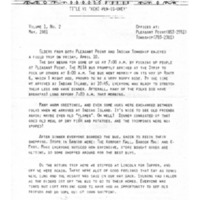 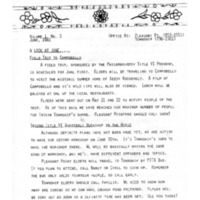 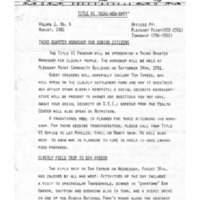 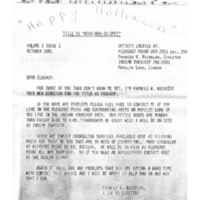 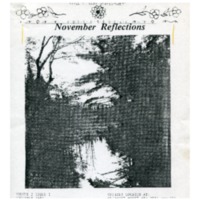 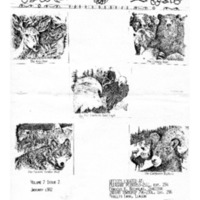 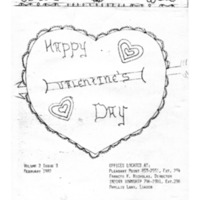 Title VI here refers to the Older Americans Act of 1965, which included grant specifically to help older Native Americans. The Passamaquoddy Title VI office was established in 1981 and remains open in Perry, ME. It has historically provided nutrition services, transportation, and more. In a 1986 letter to the National Indian Council on Aging, then-Title VI director Frances Nicholas reported that her office was assisting some 105 elders, and asked "the people in Washington to take a long hard look at at what programs they are cutting because someday they will be elderly and they are going to want these same services provided for them. . . .please give some concern to the elders after all they are the backbone of society."