“In 1789 Mashpee women Amy Simon and Mary Sunkoson complained to the overseers that they were being denied necessities that were supposed to be supplied through their common fund.” A year prior, the Mashpee had lost their independence and in turn were under scrutiny from the “governor-appointed board of over seers.” (Schrems 2).This meant to the natives that they were not able to get as many resources and necessities as they used to. Instead they were monitored and controlled by the colonist in the area. One year later, in 1790, Mary Sunkoson died; this led to the protests and depositions of Sarah Keetoh, Hannah Babcock, and Reverend Gideon Hawley. Gideon expressed that Mary had been ill and unable to receive treatment or help due to these restrictions on herbal medicines. Instead, she was supposed to pray to God. Keetoh and Babcock had a serious problem with the way their people were being governed and these depositions prove that native women had an active role in their tribal society as well as in the literary world of the eighteenth century.

In the Wampanoag tribe, women played a very important role that went far beyond the stereotypical colonial women that was soon adopted. Wampanoag native women brought in on average 75% of the food consumed and one of their most well known and loved dishes is called “Three Sisters Rice”, a dish which combines all of their most abundant and important crops; rice, corn, beans, and squash. The native spirituality had many different aspects but centered around the idea of one Mother Earth. The most plentiful and cherished crops; corn, beans, and squash, were examples of how Mother Earth takes care of the human race. The native culture cherished the female body and felt a strong bond between themselves and Mother Earth. “The land was used and shared; it was not owned.” (Dresser 45). They viewed Mother Earth as everywhere around them and understood that as land, she was not property but instead meant for survival. “Women were the souls of the councils, the arbiters of peace and war, and in whom all real authority was vested.” (Leacock 265). For them, Mother Earth had given them the ability to take the lives of plants and animals to sustain their own survival but only because humans are able to respect the sacrifice these other living organisms make for us and understand how it nourishes our bodies, she was the one spiritual leader.

Native Wampanoag people understood and loved the female figure just as the ancient Greeks had understood the importance of the woman’s body and worshiped its spirituality. European colonist however, had implemented a society where a woman was only for making children, making clothing, and staying within the household; very much an object that men could buy and own—inadvertently and helplessly reliant on her working husband. Just as this idea had spread across Europe and other nations in Central America and South America, when the colonist arrived to New England they started to infiltrate the native’s beliefs simply by not acknowledging women in roles of authority. In order to save their land, Wampanoag men would learn how to speak and write in English. The men primarily did this because women were not allowed, and women were not allowed because colonists did not acknowledge women in any type of authority. Slowly the balance between men and women started to shift. Eventually, as children of this time grew up with their mothers at home and their fathers at school, church, and working in the fields, this way of life became inherited until it was eventually the only way of life natives knew.

The inheritance of land was passed down through the mother lineage, and in Land deposition #35 from the Native Writings in New England, the Wampanoag Sachem  leaves his land to two women; Ales Sessetom and Keziah Sessestom. Not only does this Sachem swear in the name of God, but also the deed is written in English. “During the colonial period, male authority was being encouraged by Euro-Americans in their political and military dealings with Native Americans at the same time as Indian women were becoming dependent in individual households on wage-earning and trading husbands” (Leacock 264). By adopting Christianity and English literacy, the Wampanoag people were trying to save their land in any way possible. Of course, the colonist would neither accept this deed as legitimate regardless of how many witnesses signed at the bottom nor would they ever allow a woman, let alone a native woman, to own land. Until these documents were found and transcribed, to the common public it seemed that women played absolutely no authoritative role in native literacy or society. Experience Mayhew, a colonist and missionary who worked alongside the Native Wampanoags, understood the women and children’s role in their tribal society. Instead of comparing women to the subservient role that men play to god, he instead wrote about their struggles with colonization and how they had once been respected. Experience was also the Reverend who signed off on the  Land deed dated March 14, 1689 - who grants permission for the two women to own land.

The idea that native women were weak and unreliable as human beings is completely false. Weetamoo served as a Sachem to the Wampanoag tribe during King Philips War and was remembered and worshiped for her strength, beauty, and severe confederacy. She was not some weak housewife who depended on her husband. Instead she was an active member of society who was entrusted with some of the most vital assessments for her people. Awashonks was another Wampanoag woman Sachem and ruled at a time when tensions between Colonist and Natives were about to break out into King Philips War, which is noted as one of the most violent periods of warfare. Clearly if women were able to rule over entire tribes and own land, then the oppression that eventually took over the Americas and other countries did not originate from within. Instead, it was learned and instigated by Colonization and Christianity. Overall it is clear that Wampanoag women were taking a stand and fighting for their land just as the men were, in any way possible! 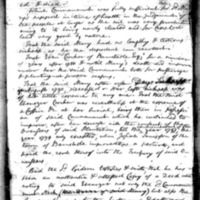